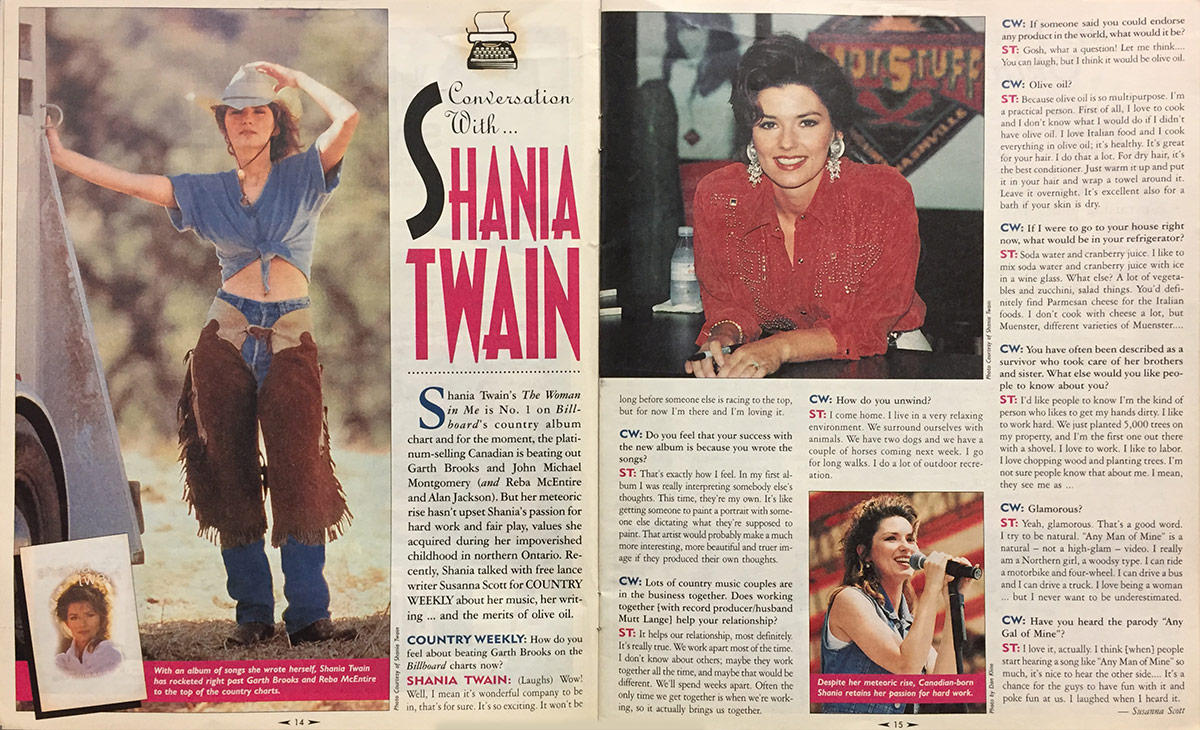 Originally published in the October 3, 1995 issue of Country Weekly magazine. Shania Twain’s The Woman in Me is No. 1 on Billboard’s country album chart and for the moment, the platinum-selling Canadian is beating out Garth Brooks and John Michael Montgomery (*and* Reba McEntire and Alan Jackson). But her meteoric rise hasn’t upset Shania’s…… END_OF_DOCUMENT_TOKEN_TO_BE_REPLACED