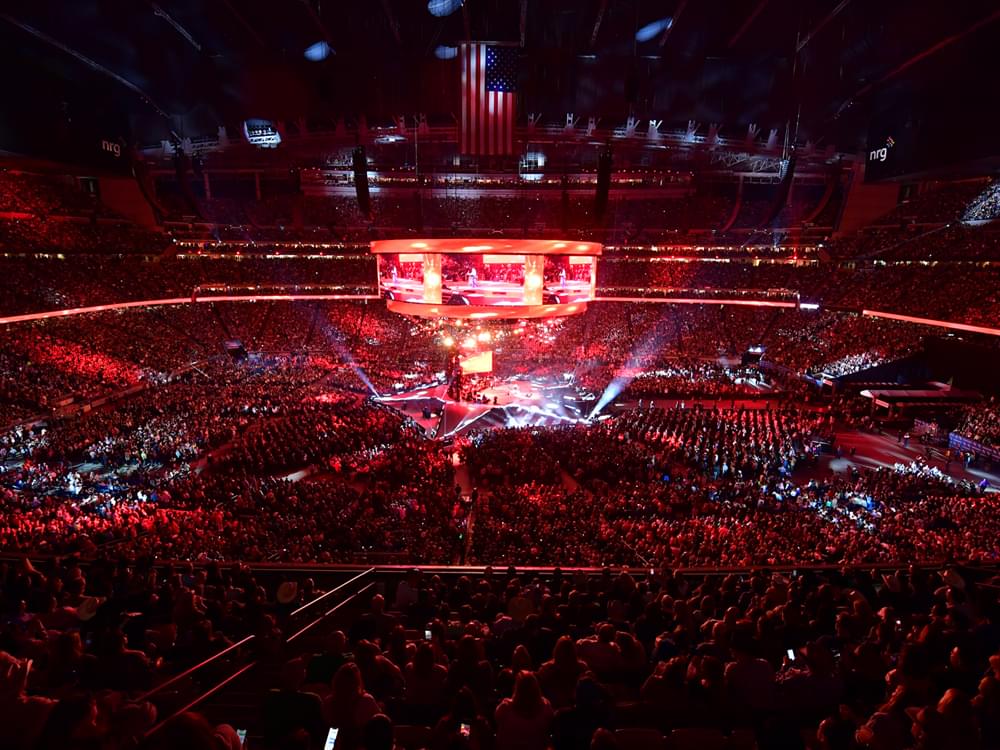 George Strait one-upped himself during the final night of the Houston Livestock Show and Rodeo on March 17.

With 80,108 fans in attendance at NRG Stadium, George surpassed the venue’s previous record of 80,020 attendees, which the King of Country set in 2013. Special guests Robert Earl Keen and Lyle Lovett were also featured during George’s performance, which marked his 30th time onstage at the Houston Livestock Show and Rodeo.

Records are meant to be broken! Last night George performed to 80,108 fans at @RODEOHOUSTON, breaking his own NRG Stadium record! 👏 WHAT 👏 A 👏 NIGHT 👏

← Dolly Parton Opens Dollywood for the 2019 Season With New Additions [Photo Gallery]
In Less Than Two Days, Garth Brooks Has Sold $3.4 Million Worth of His Vinyl Boxed Sets →