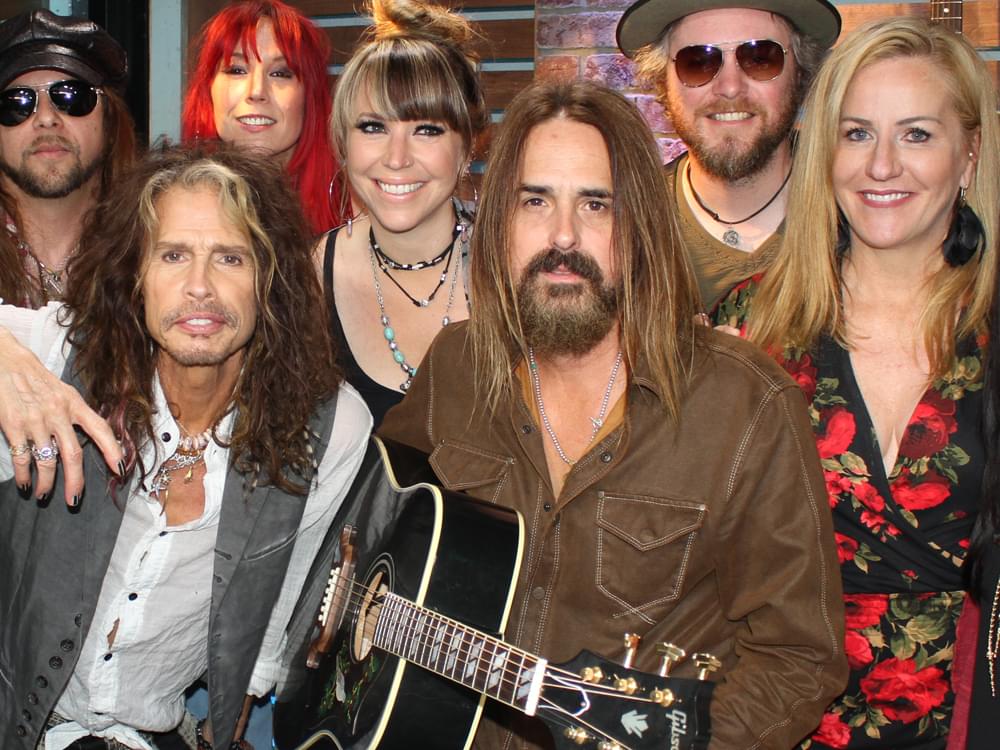 Ty, Kelly & Chuck’s Kelly Ford dropped her radio voice and picked up a pen—well, it’s more like she hammered a keyboard—for a guest editorial about Steven Tyler’s new documentary, Steven Tyler: Out on a Limb.

The new movie premiered on opening night of the 49th annual Nashville Film Festival on May 10. According to the movie’s press kit, Steven Tyler: Out on a Limb “is an intimate portrait of rock icon Steven Tyler as he embraces the challenges of shifting gears, both as a solo performer and in a new genre of music. Uncovering a side of Tyler many fans have never seen before, this inspiring story looks at the passion, drive and search for creative fulfillment that keeps artists pushing boundaries throughout their careers.”

“Nashville is a key part of my musical journey and has had an influential place in my career,” says Steven Tyler. “I’m also so touched that the Nashville Film Festival selected Steven Tyler: Out on a Limb to kick off opening night of this year’s event with our world premiere.”

Momentum Pictures will release the film on video on demand (VOD) and digital HD on May 15.

I’ve seen a lot of Steven Tyler in the past couple of days. That’s a sentence I never would have dreamed I’d say 10 years ago. To be honest, I wasn’t a huge Aerosmith fan growing up. They just weren’t on my radar. My brother Sean was a fan, so I knew Aerosmith’s music and THAT voice. However, I’ve become a fan of Steven Tyler as a human being since I moved to Nashville a few years ago.

I was introduced to Steven at CMA Fest in 2016, where he performed after dropping his debut country album, We’re All Somebody From Somewhere. We’ve crossed paths a few times since then. On May 9, Steven came to the Ty, Kelly & Chuck studio to talk about his new documentary, Out on a Limb, which kicked off the Nashville Film Festival on May 10. When Steven invited me to the screening, of course, I went!

Directed by Adam Green, Out on a Limb is a terrific documentary that chronicles Steven’s decision to take a break from Aerosmith and create his solo country album in Nashville. I found myself smiling like a loon throughout the movie—kind of like I do when I’m around him. Steven’s love of life and energy are contagious, which were overriding themes in the film. He is bigger than life, vulnerable and generous, and that’s how the documentary played. It felt very genuine.

No doubt, the documentary focuses on Steven, but it’s that generous spirit of his that shines the spotlight bright on the Nashville-based Loving Mary Band (Steven’s backing band on his solo tour) and his co-writers and producers. He also focuses on Nashville and its collective artistic vibe, community and history. In the end, Out on a Limb feels more like a love letter to Nashville than a documentary about a rock legend.

It made me feel grateful to live in this town. Sometimes I think that fact gets lost on me because I’m too busy focusing on the grind. If you want to fall in love with life, Nashville, country and/or Steven Tyler, Out on a Limb is worth seeing.