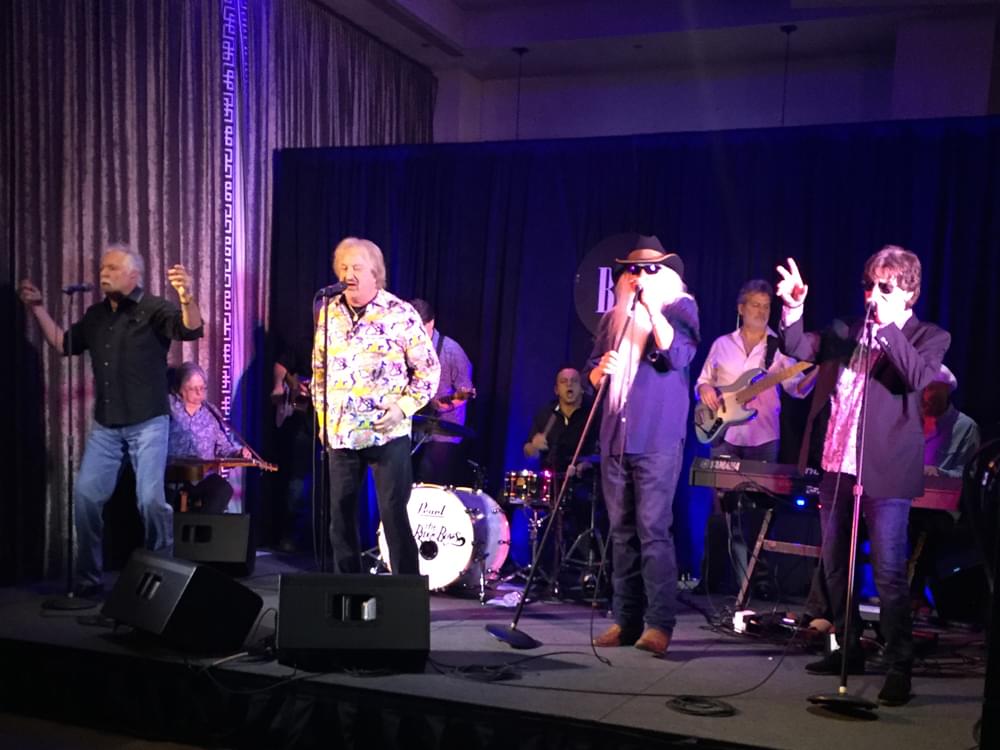 Broadcast Music, Inc. (BMI) held its first of six Rooftop on the Row concerts on April 24 in Nashville.

Trea Landon kicked off the night’s festivities in the lobby of the BMI building as rainy conditions stifled the rooftop celebration, but that didn’t deter the crowd of industry insiders, fans or the Oak Ridge Boys, who headlined the event.

Check out the Oaks in action as they sing their crowd-favorite hit, “Elvira.”

Listen to Nash FM for your chance to win free tickets to the next Rooftop show on May 22 that features Charlie Worsham and Lucie Silvas. Morgan Wallen, Lindsay Ell, Mitchell Tenpenny and more are slated to perform at upcoming Rooftop shows.

← Is Blake Shelton’s “Karma” Tweet a Nuanced Dig at Ex-Wife Miranda Lambert?
Garth Brooks Is “So Looking Forward” to Headlining Stagecoach Festival That It Forces Him to Speak in the Third Person →