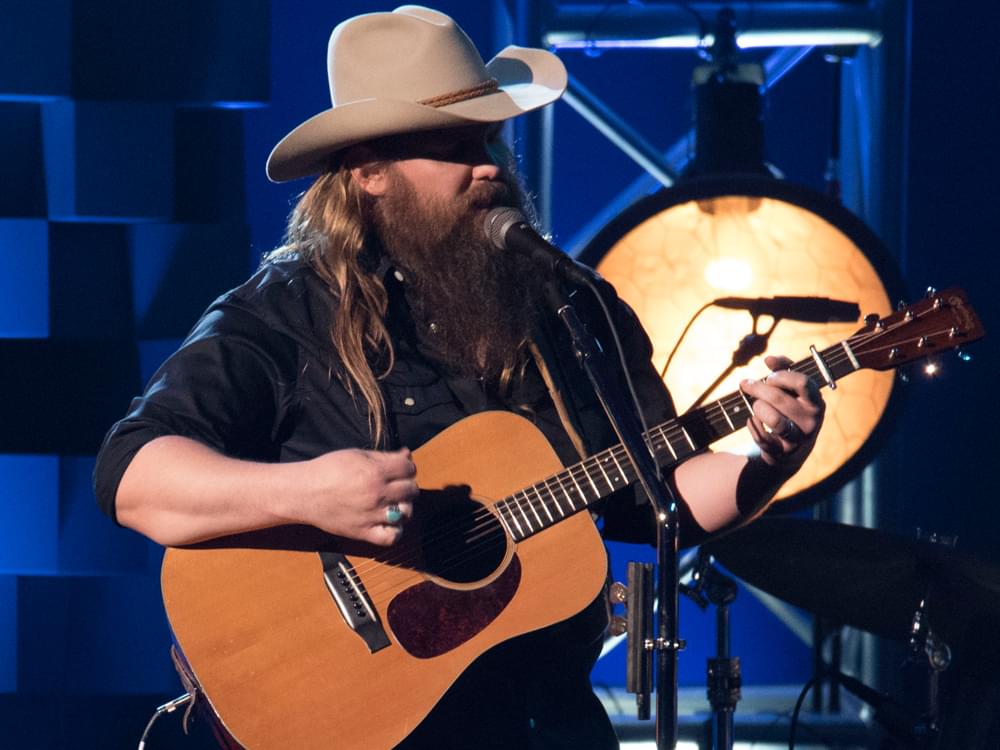 After scoring multiple Grammy Awards, CMA Awards, ACM Awards and No. 1 albums over the past three years, Chris Stapleton can add a new feather to his cap: his first No. 1 single.

Chris’ “Broken Halos” ascended to the top spot on both the Mediabase and Billboard Country Airplay charts this week. The tune, which Chris penned with Mike Henderson, is the second single from Chris’ 2017 album, From A Room: Vol. 1.

Over the course of his solo career, Chris has released six singles. Not only is “Broken Halos” Chris’ first No. 1, it is also his first Top 10.

“There are a lot of great singers and a lot of great songwriters in the world, but we just happen to have all the right stars line up at the right time,” said Chris to NCD. “And all of a sudden we’re in front of a lot of people and there will be a day when that’s not the case, but, you know, right now, it is, and [we] try to handle it with as much, you know, grace and dignity as we can in a world that seems to have less and less.”