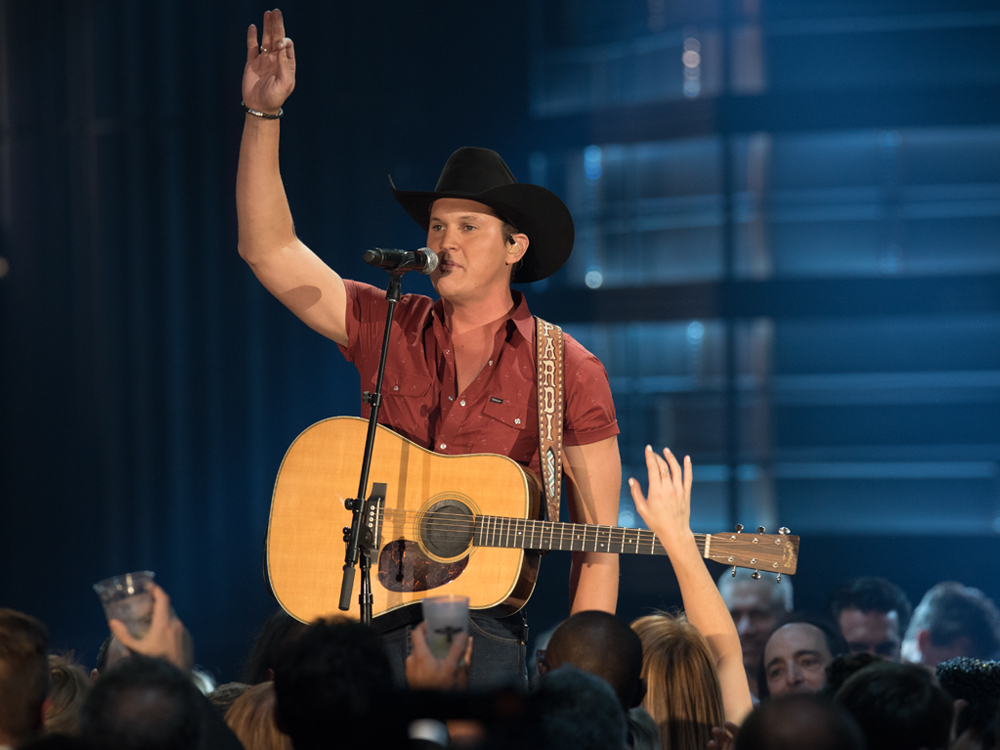 Jon Pardi dropped a new video for his single, “She Ain’t In It,” which is currently No. 33 on Billboard’s Country Airplay chart after 16 weeks.

Directed by Jim Wright, the video was filmed entirely in black and white on a ranch outside Thousand Oaks, Calif.

“‘She Ain’t In It’ is a great country song,” says Jon. “The first time I heard it, I had to listen to it over and over again. I was like, ‘This has to be on the record. It is just pure country.’ It’s got that heartbreak to it. It’s got that moving on. Great lyrics and a great melody and it’s one of my favorites to ever call mine.”

Penned by Clint Daniels and Wynn Varble, “She Ain’t In It” is the fourth single from Jon’s 2016 album, California Sunrise, which has spawned three No. 1 hits: “Head Over Boots,” “Dirt On My Boots” and “Heartache On The Dance Floor.”

Watch the video for “She Ain’t In It” below.