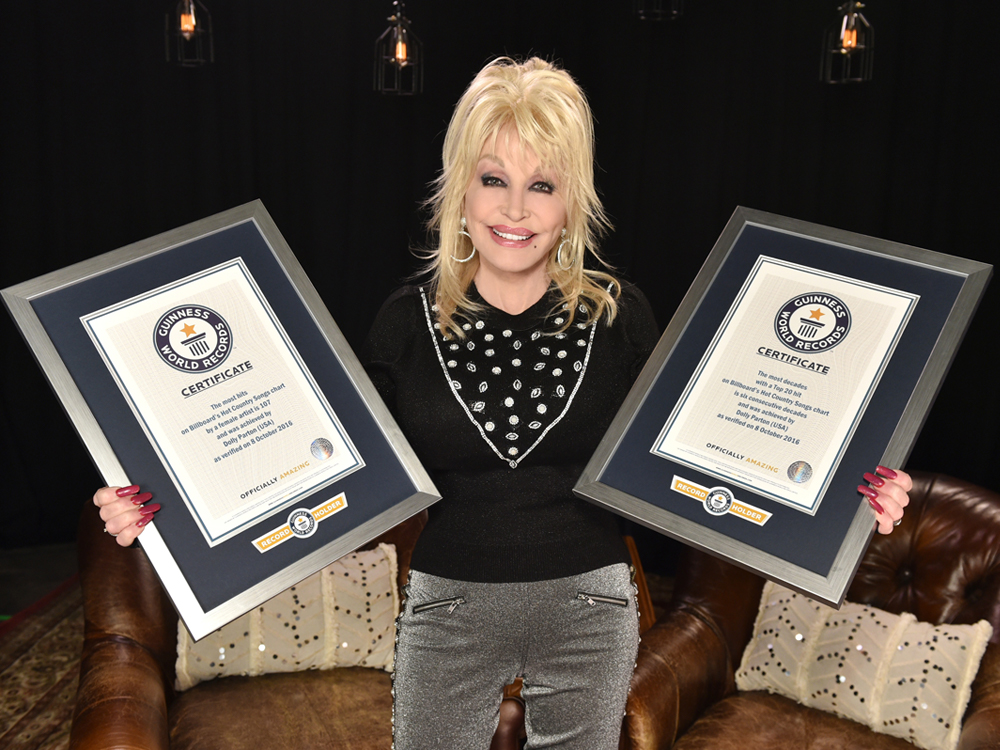 The Country Music Hall of Fame member was recently certified in the 2018 edition of the Guinness World Records for:

“To receive these two Guinness World Records is so great!” said Dolly. “Joining so many wonderful singers and songwriters who have been honored this way feels so special to me. You never know when you start out with your work how it’s going to turn out, but to have these two world records makes me feel very humbled and blessed!”

Dolly is the only artist with Top 20 hits across six consecutive decades (1960s–2010s), earning her the title of Most Decades with a Top 20 Hit on Billboard’s Hot Country Songs chart. Beginning with her first Top 20 hit, “Something Fishy,” in 1967, Dolly is credited with 74 Top 20 hits, including her most recent, a new version of 1974’s “Jolene,” featuring Pentatonix, which debuted at No. 18 on the chart in 2016. The 2016 remastered version of “Jolene” was also Dolly’s 107th chart entry, solidifying her second record title for the Most Hits on Billboard’s Hot Country Songs chart by a Female Artist.