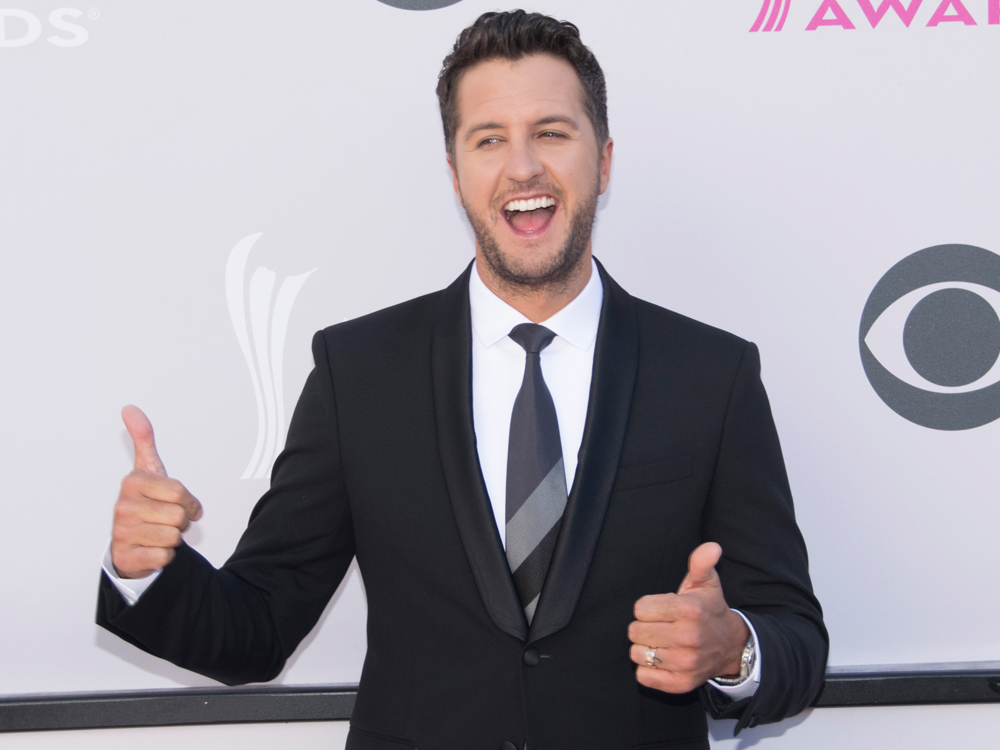 Luke Bryan got his wife, Caroline, a big ol’ diamond ring for their 10th wedding anniversary on Dec. 8, 2016.

This year, Luke may have to get Caroline the matching necklace.

Luke is in New York City making the media rounds, including appearances on Good Morning America, The Tonight Show Starring Jimmy Fallen and Ellen, which means he won’t be spending a romantic evening at home with the wifey.

“So I am very good about anniversaries and stuff like that, but when we were planning the album and putting it out, we were throwing all these dates around,” said Luke to Nash morning show Ty, Kelly & Chuck. “I’m at the house, and I’m like, ‘Yeah, Baby, I’ll be up in New York and the album comes out the eighth.’ She looked at me and goes, ‘Hmm, interesting day for an album release.’ And I said, ‘I’m sorry, Baby.’ And then you try to spin it. ‘Well, Baby, just come to New York and we’ll eat great food and we’ll walk and go look at people at Rockefeller Plaza.’ She’s like, ‘You work 20 hours a days during album release [week] . . . but I’ll be there.’”

Produced by Jeff Stevens and Jody Stevens, What Makes You Country features 15 songs, seven of which were co-written by Luke, including the title track. The album’s lead single, “Light It Up,” is currently No. 2 on Billboard’s Country Airplay chart after 15 weeks.

“My favorite part of making a new album is getting to collaborate with the songwriting community in this town,” said Luke. “It is important to me to continue to push myself to grow on all levels and I feel like we did that on this project. Making and performing music never gets old and I can honestly say I am having the time of my life. I will be forever grateful to every fan who sings along each night.”