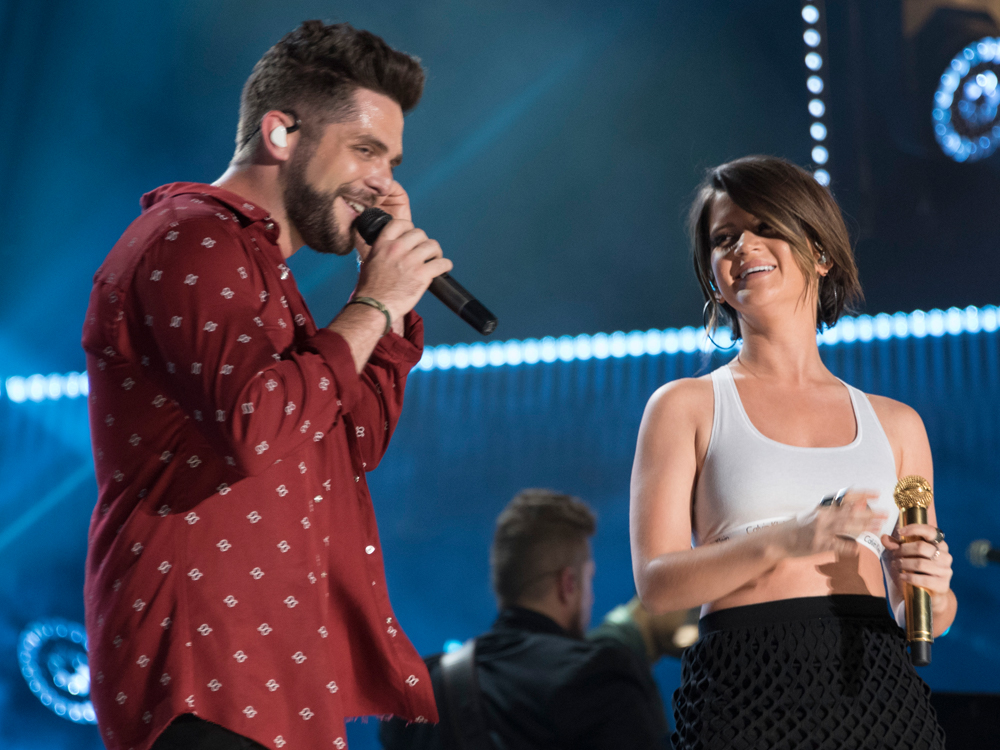 Earlier this year, Thomas Rhett and Maren Morris teamed up for the No. 1 hit, “Craving You.”

Now the pair is celebrating another benchmark together: a spot on Forbes’ 30 Under 30: Music list.

Here’s what Forbes had to say about each young star:

Maren Morris
The singer-songwriter’s major label debut peaked at No. 1 on the country charts and No. 5 on the Billboard 200, thanks largely to the smash single “My Church.” Morris earned a nomination for Best new Artist at this year’s Grammys, losing out to 30 Under 30 alum Chance the Rapper.

Thomas Rhett
Rhett’s album Life Changes debuted in September atop the Billboard 200, the first country album to accomplish that feat in 2017. One of the most finally successful acts in the Class of 2018, Rhett now grosses a quarter million dollars per night on the road.

← Darius Rucker to Headline College Football Playoff Concert With Opener Brett Young
Everything You Need to Know About the American Music Awards on Nov. 19 →