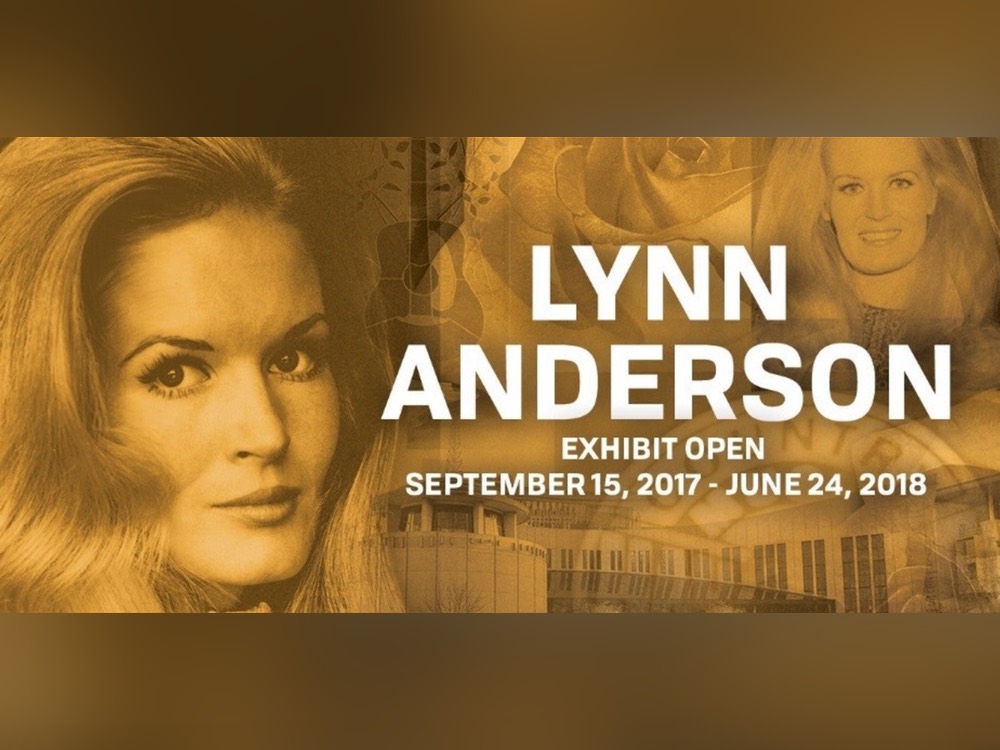 The Country Music Hall of Fame and Museum will explore the life and career of Lynn Anderson in a new exhibit, Lynn Anderson: Keep Me in Mind, which opens Sept. 15 and runs through June 2018.

The daughter of accomplished songwriter Liz Anderson, Lynn seemed destined for stardom at an early age. She was born Sept. 26, 1947, in Grand Forks, N.D., and raised in California, where she won several awards for her equestrian skills. Lynn made her chart debut in 1966 with “Ride, Ride, Ride” and scored several Top 10 hits up to 1970. She also served as a regular on Lawrence Welk’s television variety show from 1967 to 1969, which exposed her to a national audience.

Her breakthrough came with “Rose Garden,” written by Joe South, which Lynn discovered after listening to one of Joe’s albums. “Rose Garden,” released in late 1970, immediately caught fire with the public and hit No. 1 on Dec. 26 for the first of five weeks. The song was also a crossover smash, peaking at No. 3 on the pop charts. Lynn copped a Grammy award for her performance in 1971 and won the CMA Female Vocalist of the Year honor later that same year. Lynn picked up four additional No. 1s following “Rose Garden,” including “How Can I Unlove You,” “Keep Me in Mind” and “What a Man, My Man Is.”

Highlights of Lynn’s new Hall of Fame exhibit include: