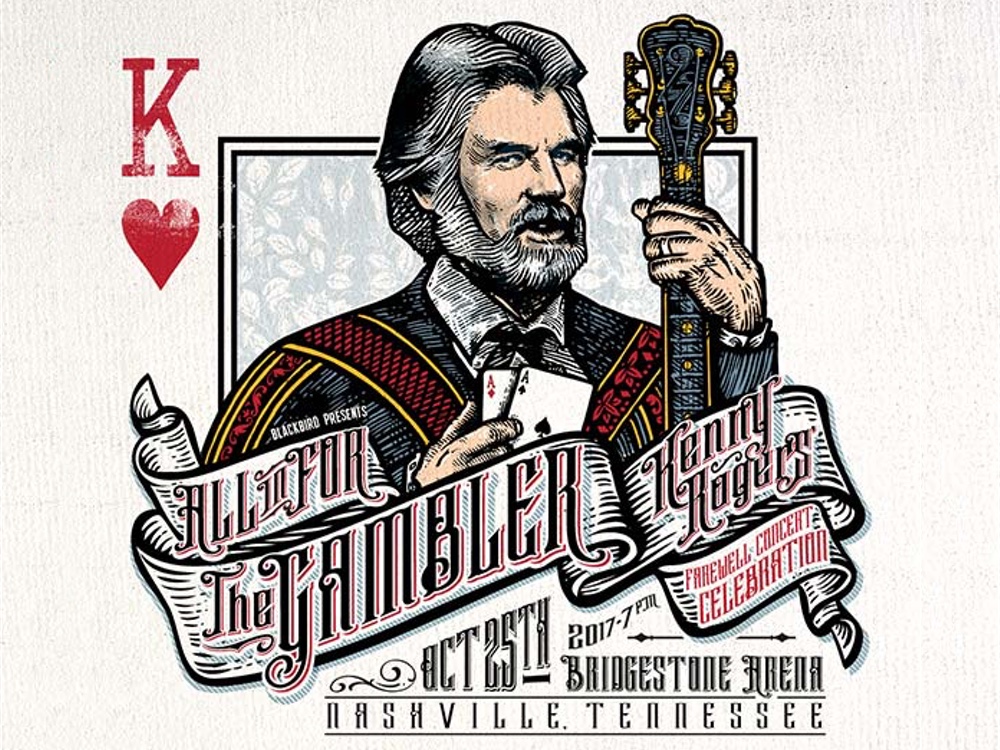 Kenny Rogers’ 60-year career will be capped with a farewell concert at Nashville’s Bridgestone Arena on Oct. 25.

The showcase, dubbed All In For The Gambler: Kenny Rogers’ Farewell Concert Celebration, will feature the final duet by Kenny and Dolly Parton, one of country music’s most beloved tandems.

“As I’m bringing this chapter of my career to a close, this will be an unforgettable way to celebrate with my talented friends, who I’m so grateful to have crossed paths with,” says Kenny. “It means so much that they would feel compelled to do this for me. Of course, the night would not be the same without Dolly Parton being part of it. We’ve enjoyed a special friendship for decades, and I’ll forever look back fondly on the many collaborations, performances and laughs we’ve shared as some of the most extraordinary moments of my career. I know it will be a moving experience for us standing on that stage together for one last time.”

“Kenny is like a family member to me,” says Dolly. “We have been friends for over 30 years and made musical magic together. Since 1983, when we released ‘Islands in the Stream,’ everyone has had an expectation to see Kenny everywhere I go and me with him wherever he goes. Well, I guess for many of those fans that wanted to see us together, this will be that night. Performing with Kenny for the last time ever on October 25 is going to be emotional for both of us, but it’s also going to be very special. Even though Kenny may be retiring, as he fades from the stage, our love for each other will never fade away.”

Tickets go on sale July 21 at 10 a.m. CT at Ticketmaster, by phone at 800-745-3000 and the Bridgestone Arena box office. A portion of the proceeds will benefit the T.J. Martell Foundation and the Kenny Rogers Children’s Center.