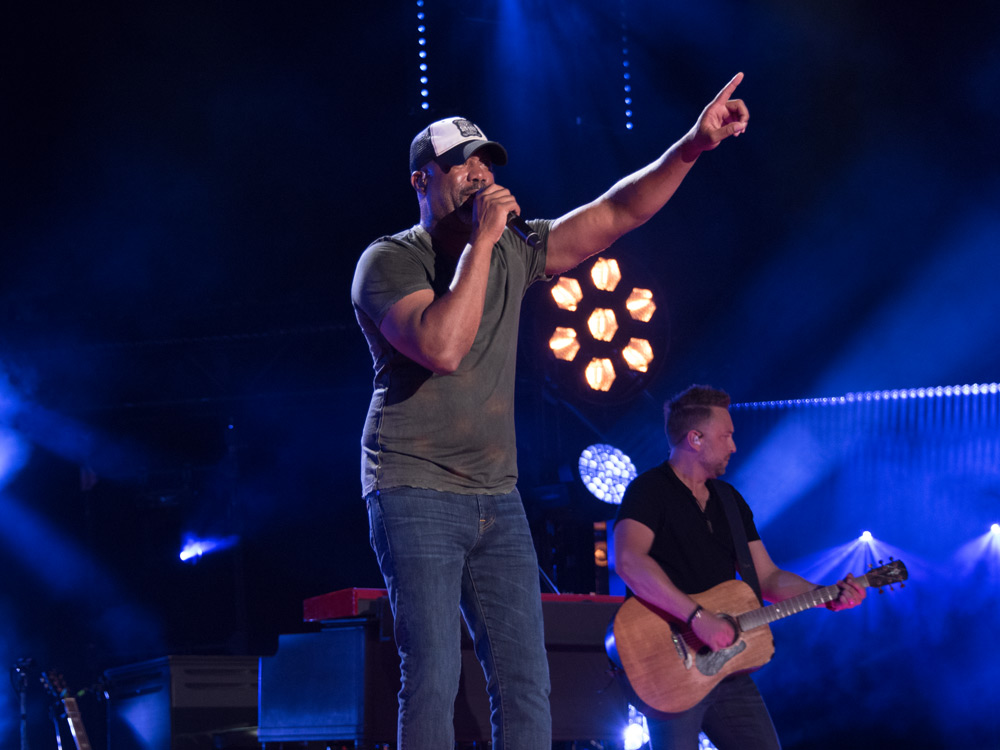 Darius Rucker scored his eighth No. 1 hit as a country artist with “If I Told You,” the lead single from his upcoming album.

The tune, which was written by Ross Copperman, Shane McAnally and Jon Nite, took 47 weeks to reach No. 1 on Billboard’s Country Airplay chart—one of only five songs in the history of the chart whose climb took 47 weeks or longer. “If I Told You” is Darius’ first No. 1 since “Homegrown Honey” topped the Mediabase chart in March 2015.

“I love this time in country music,” said Darius. “It’s so wide in range and to have this song—a ballad and one I’ve loved and related to since first hearing the worktape—is pretty incredible.”

Darius’ as-yet-untitled fifth Capitol Records Nashville album will be released later this year with producer Ross Copperman at the helm.