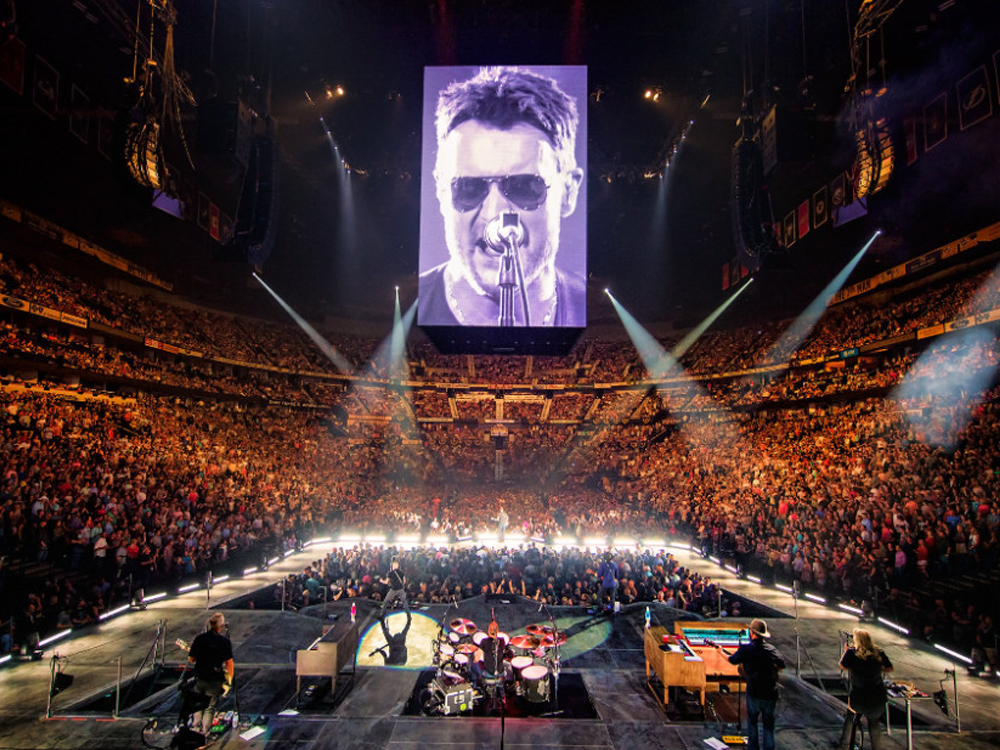 Eric Church capped his 60-plus-date Holdin’ My Own Tour with back-to-back record-breaking shows in Nashville on May 26 and 27.

Eric jumpstarted the weekend on Friday night in Music City by setting the concert attendance record at Bridgestone Arena with 18,996 fans. That record stood for 24 hours until Eric broke it on Saturday night with 19,020 concertgoers.

According to Pollstar, more than 900,000 fans have attended the Holdin’ My Own Tour since is kicked off on January 13, with sellouts in each of the more than 60 shows he’s played since the tour’s inception.

With concerts that teeter toward four hours in length, the Chief is due a well-deserved vacation. And it looks like he’ll get some rest soon. After Nashville’s CMA Fest on June 9, Eric’s summer schedule relaxes—June 24 in Cadott, Wis., and Aug. 18 in New York City—before ramping back up in September.

Below, watch Eric pay tribute to Gregg Allman on May 27 in Nashville by performing “Midnight Rider.”