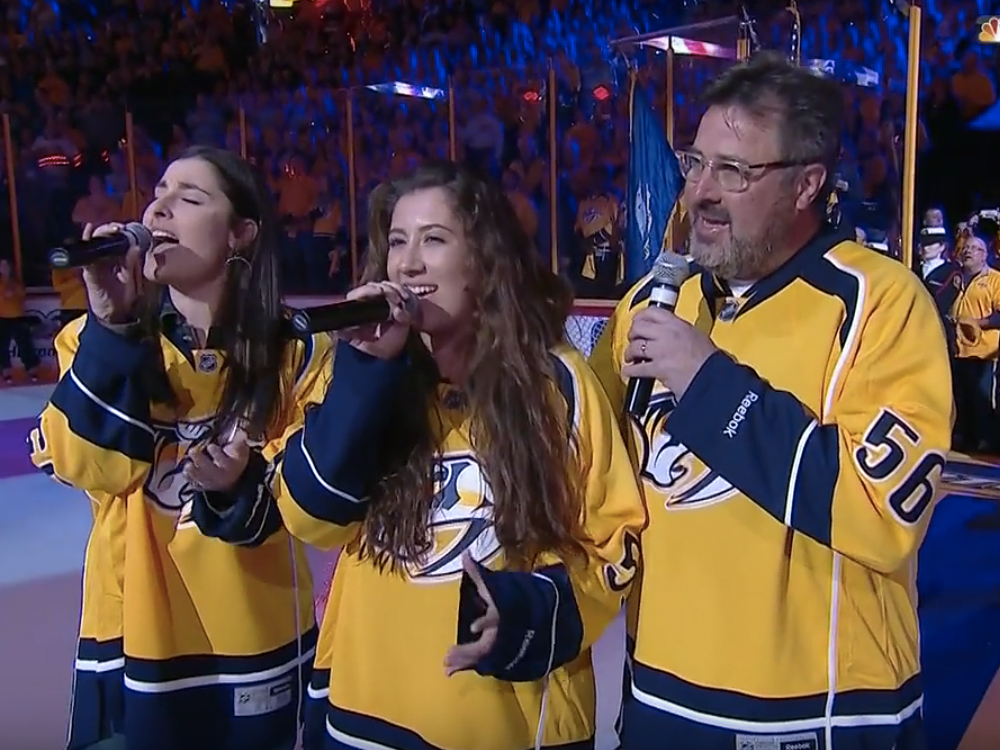 The NHL’s Nashville Predators were back in action against the St. Louis Blues for Game 4 of their Round 2 playoff series on Tuesday night (May 2). Like the Preds three previous home playoff games, a country superstar sang the national anthem—this time it was Vince Gill and his daughters, Jenny and Corrina.

In Round 1 of the playoffs against the Chicago Blackhawks, Carrie Underwood (April 17) and Luke Bryan (April 20) sang the national anthem before Games 3 and 4, respectively.

In Round 2 against the St. Louis Blues, Little Big Town (April 30) had the honor before Game 3. Tonight at Nashville’s Bridgestone Arena, Preds super-fan Vince Gill and his daughters sang the anthem in front of the sellout crowd.