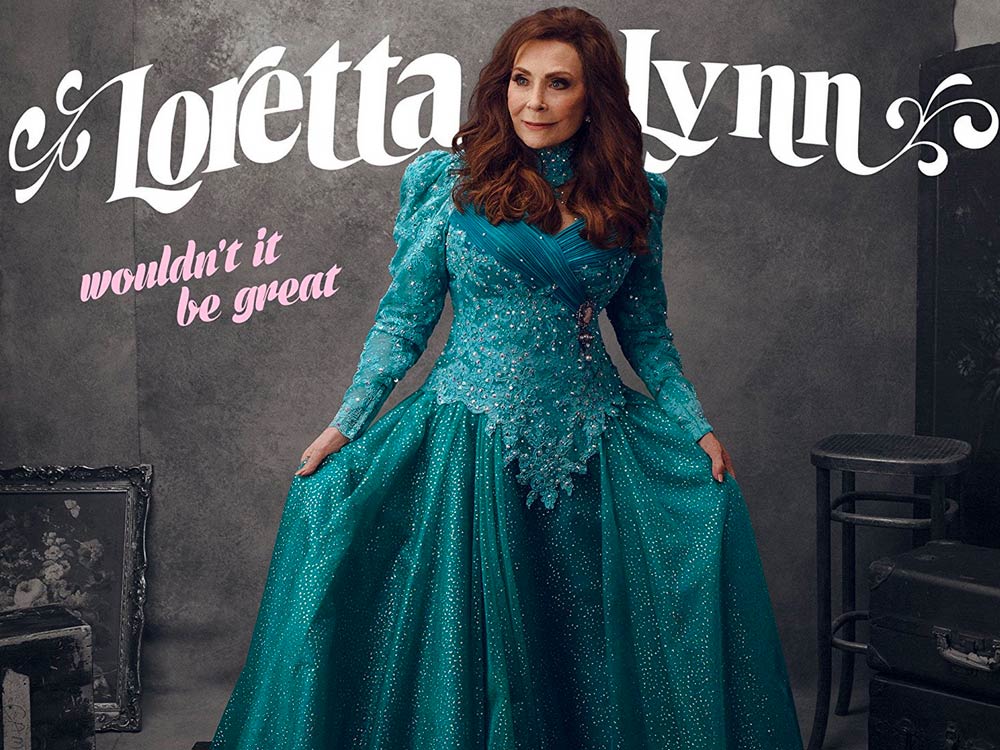 Loretta Lynn will turn 85 years old on Friday, April 14, and she’s celebrating with two sold-out shows at Nashville’s Ryman Auditorium on April 14 and 15. But the celebration is starting today (April 13) as Loretta announced she will be releasing a new album, Wouldn’t It Be Great, on Aug. 18.

All of the tunes on the new 10-song offering were penned or co-penned by Loretta. Like the album’s predecessor, the Grammy-nominated Full Circle (March 2016), Wouldn’t It Be Great was mainly recorded at the Cash Cabin Studio in Hendersonville, Tenn., with producers Patsy Lynn Russell and John Carter Cash. The album features new songs “Ruby’s Stool,” “Ain’t No Time to Go” and “I’m Dying for Someone to Live For” alongside newly recorded renditions of past compositions such as “God Makes No Mistakes,” “Coal Miner’s Daughter” and “Don’t Come Home A’ Drinkin’ (With Lovin’ on Your Mind).”

“I think you try to do better with every record you put out,” Loretta said in a press release. “It’s just everyday living—and everybody wants to know, ‘Well, what is it about your songs that people like?’ I think you’ve got to tell your stories. I just think it hits everybody, you know, the songs.”

Loretta will revisit the Ryman Auditorium on August 25 and 26. Tickets go on sale April 21.