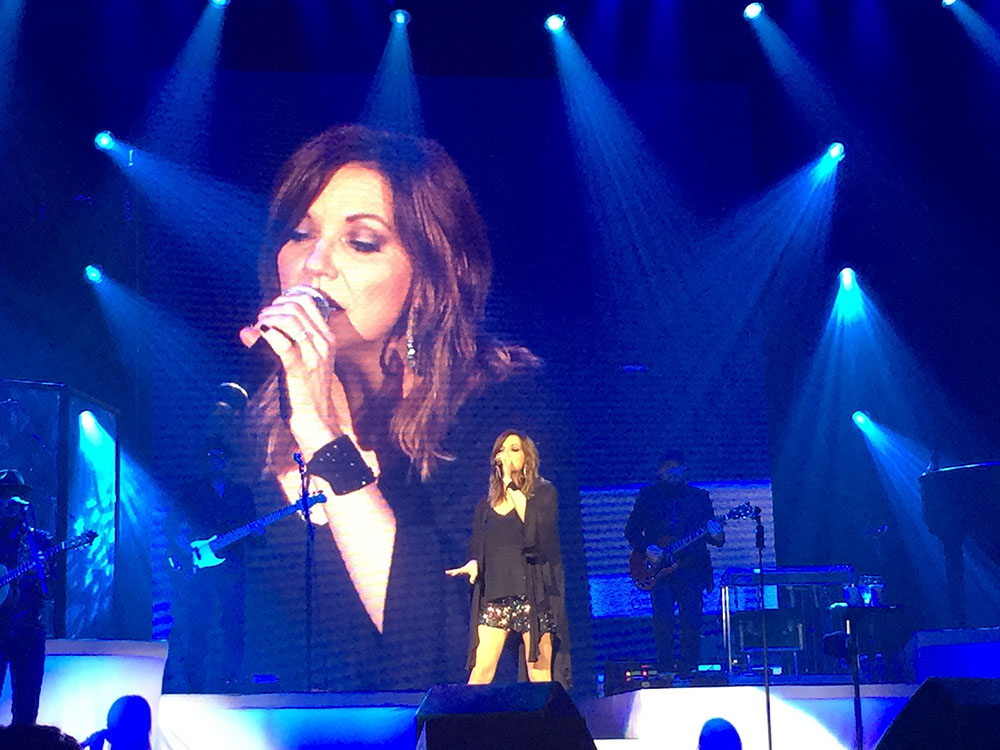 It was a balmy Saturday night (Feb. 11) in Nashville and it only got hotter inside when Martina McBride brought the ladies and her Love Unleashed Tour—with Lauren Alaina and Post Monroe—to the Ryman Auditorium.

To open the show, the crowd was treated to beautiful harmonies from newcomers Post Monroe, an all-female trio ready to take Nashville by storm. The trio performed five songs, including their current single, “Red Hot American Summer,” and a cover of Adele’s “Send My Love (To Your New Lover).”

Next to take the stage was Season 10 American Idol runner-up Lauren Alaina, whose current single, “Road Less Traveled,” is currently No. 13 on Billboard’s Country Airplay chart. The Georgia native had the crowd feeling a mix of emotions with up-on-your-feet songs like “My Next Boyfriend” and “Georgia Peaches,” and tear-in-your-eye songs such as “Doing Fine” and “Three.”

“I’m really trying not to cry, I’m sorry, it’s so emotional for me,” Lauren said from the stage. “You guys make everything I ever wanted come true. I wanted to write this next song about my journey and the things I missed, for my family to recognize how much they sacrifice and for you guys to tell you guys how much you made it so worth it for me. It’s called ‘Three’ and it’s very hard to sing when you’ve been crying.”

The tears weren’t flowing long as Lauren’s bubbly personality and contagious laughter got the crowd back on its feet as she broke into Katy Perry’s “Firework” and closed her set with her hit single, “Road Less Traveled.” 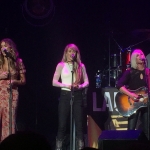 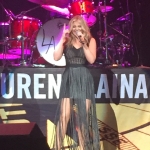 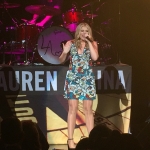 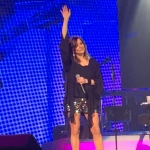 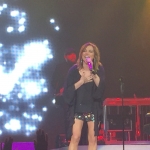 Enter—the woman everyone was there to see—Martina McBride, with a short video explaining why she wanted to continue the Love Unleashed Tour: “I want us to share in this common experience of music and positivity and love and feel like they can leave the concert stronger and ready to tackle this crazy world from a more positive place. That’s my idea for the Love Unleashed Tour, so let’s do it!”

And “do it” she did. The petite singer with powerhouse vocals kicked off the concert with her 1999 hit, “Love’s the Only House,” where she showed off her harmonica skills. Hit after hit followed with “My Baby Loves Me,” “Valentine,” and “Safe in the Arms of Love,” before she took a moment to address the crowd.

“This is really magic and I’m really glad you guys are here with me tonight,” Martina said from the stage. “I want to say thanks to you guys for coming out and buying a ticket with an all female lineup. It’s really cool. We’re gonna have so much fun tonight. I’m in a really good mood, I did not get on Facebook today [laughing].”

With that, Martina took the audience through songs that pulled at the heartstrings, including “For These Times,” which had the backup harmonies from the Nashville Choir, “In My Daughter’s Eyes” and “I’m Gonna Love You Through It,” before paying tribute to Merle Haggard and Lynn Anderson with songs from her 2005 Timeless album, “Today I Started Loving You” and “Rose Garden,” respectively.

It was at this point in the show that Martina had the crowd on the hook just ready to be reeled in with hits like “Blessed,” “Wild Angels,” “Whatever You Say,” “Broken Wing” and a girl-power infused version of “This One’s for the Girls,” with special guest Lauren Alaina.

“It means the world to me that you guys would spend the night with us,” Martina said. “I’ve got to say once again—favorite place to play ever. I’m just glad that we got to share it together. Thank you guys so much.”

The pièce de résistance was when Martina closed the show with the biggest hit of her career, “Independence Day,” which had everyone on their feet erupting in applause.

Just when you thought the show was over, with the crowd still on its feet, Martina returned to the stage for an encore with the Beatles “All You Need Is Love” and O.A.R.’s “We’ll Pick Up Where We Left Off.”

“Take care of each other and God bless,” Martina said as she departed the stage. “See you next time.”