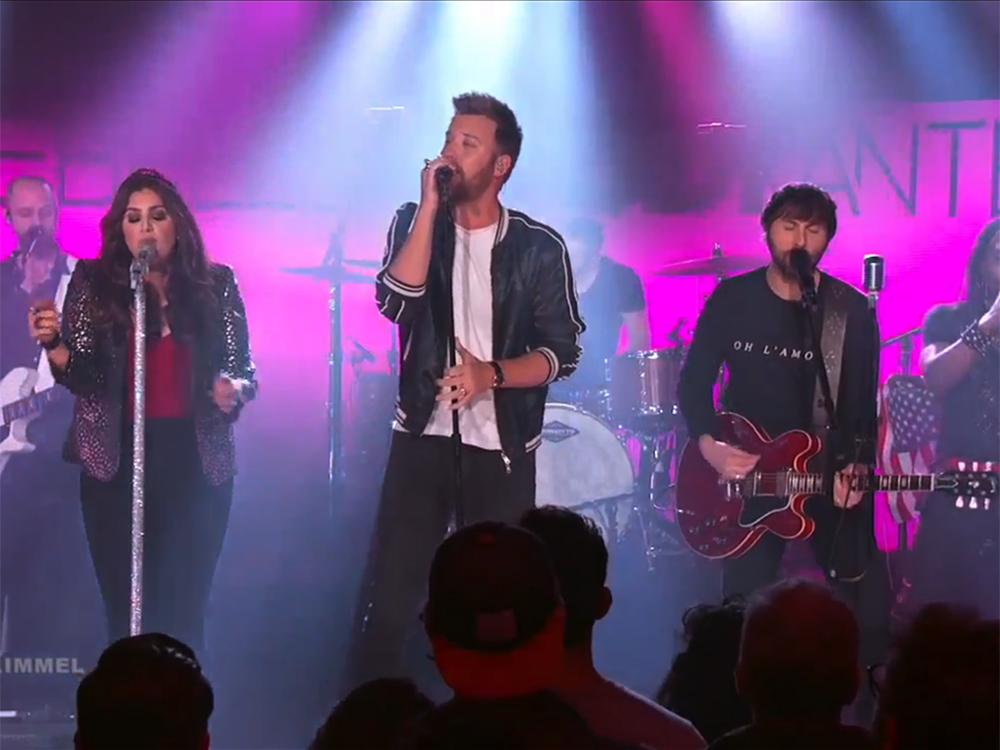 Fresh off the release of their current single, “You Look Good,” Lady Antebellum’s Charles Kelley, Hillary Scott and Dave Haywood headed to the Big Apple last night (Jan. 25) for a visit to the set of Live With Jimmy Kimmel.

The trio performed their new single—the group’s first since their hiatus at the end of 2015—that is making waves in the country music scene for it’s non-traditional sound.

“I’ve had more artists and just friends and fans, all these people who haven’t texted me about a song in a long time, saying, ‘Oh my gosh I just heard that, that just blew me away,'” Charles tells Nash Country Daily. “It’s just a great feeling, it’s gratifying. You want your peers to dig what you’re doing. I don’t know, I haven’t felt that in a long time.”

The group will kick off a new 65-plus-date You Look Good World Tour on May 26 in Bakersfield, Calif., with stops in Phoenix, Los Angeles, Philadelphia and Nashville, among others, and their upcoming album, Heart Break, is set to drop on June 9.

Watch as the trio perform “You Look Good” on Jimmy Kimmel Live.