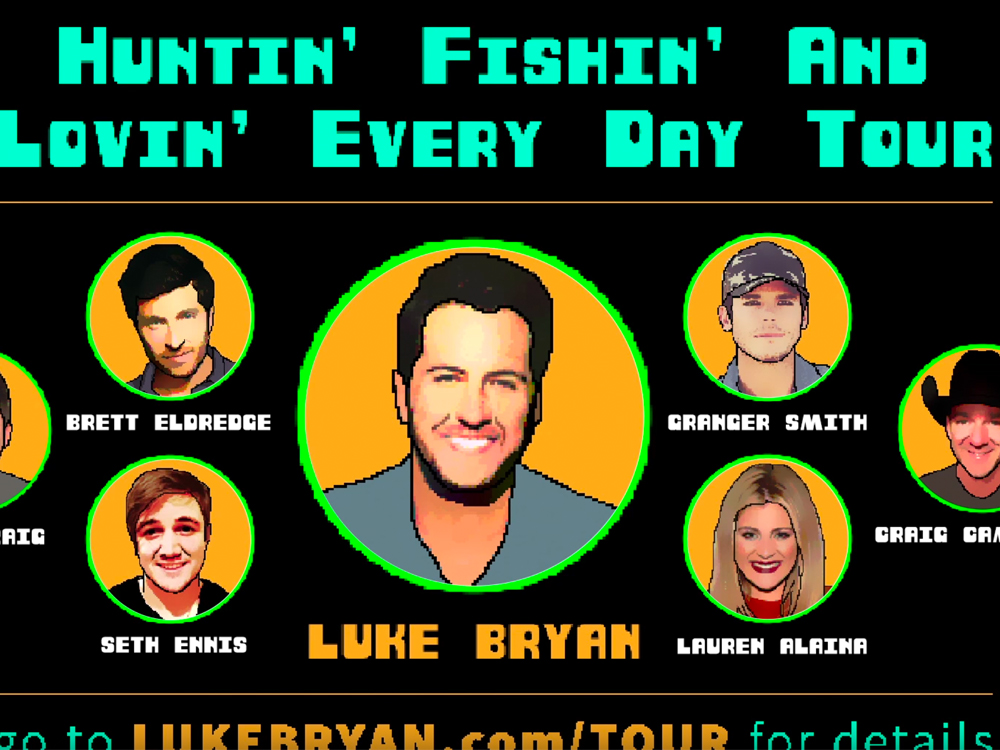 Luke Bryan is garnering all of the headlines over the last few days.

In addition to singing the national anthem at the Super Bowl in February and appearing as a mentor on the upcoming season of The Voice, Luke announced today (Jan. 24) that he is launching a new Huntin’, Fishin’ and Lovin’ Every Day Tour in May with stops in Nashville, Atlanta, Chicago, Houston, Dallas and San Diego, among many others.

Joining Luke on the duration of the tour will be Brett Eldredge, while Lauren Alaina, Craig Campbell, Adam Craig, Seth Ennis and Granger Smith will support Luke on various stops.