Longtime marijuana posterboy Willie Nelson got the dopest Christmas present ever from another like-minded weed enthusiast. Snoop Dogg sent the country music icon a cannabis-inspired Xmas sweater, which was adorned with a marijuana leaf, stars, and the phrase “Smoke Weed Everyday.” Willie posted a pic of the sweater on Twitter with the caption “Thank you @SnoopDogg for the Christmas Sweater.”

Check out the pic. 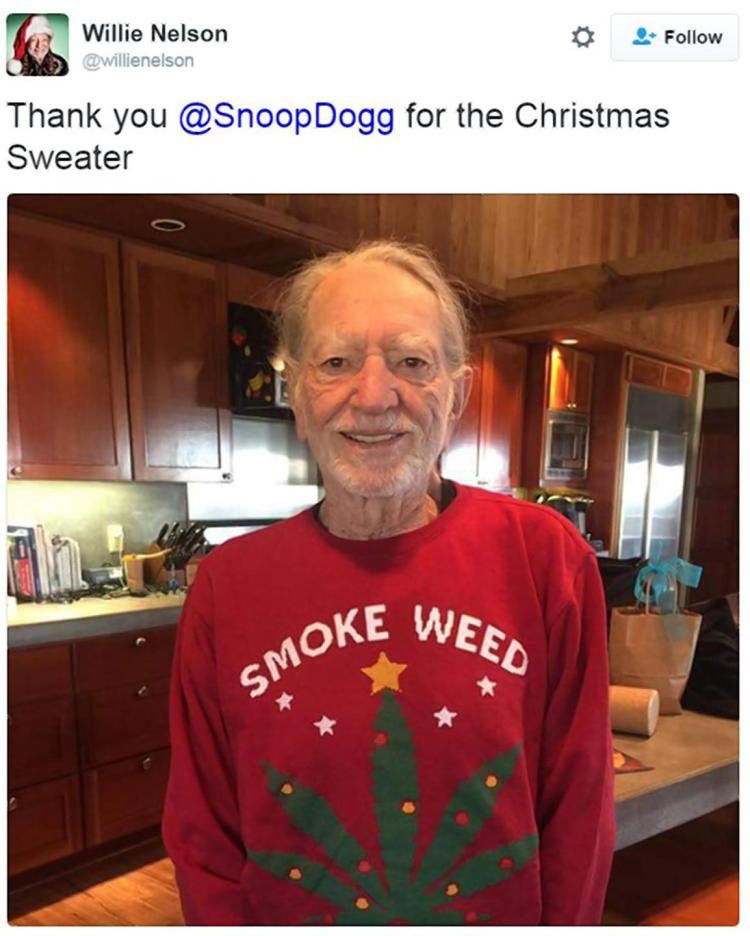 Thank you @SnoopDogg for the Christmas Sweater pic.twitter.com/jzaw7pkQEe

The 83-year-old country music legend celebrated the launch of Willie’s Reserve, a premium marijuana brand, in 2016.

“I’ve smoked enough and I want to give back,” Willie said in a press release. “Now that legalization is spreading across the country, there’s a great opportunity to build a company that can help a lot of people. I hope it gives social justice to those who are incarcerated for doing what we’re now doing legally. I am also committed to have our crops farmed in an environmentally responsible way; to revitalize small farms and to grow it as clean as possible. So far, I’ve really enjoyed meeting with the best growers.”

← Dierks Bentley: What The Hell World Tour Dates
“Don’t Forget to Look Down” – Brett Eldredge Finds a Snake in His Toilet →