Not only does Cole Swindell have something of a hot streak working, but he’s also striking while the iron is hot.

The hot streak? His first five singles—“Chillin’ It,” “Hope You Get Lonely Tonight,” “Ain’t Worth the Whiskey,” “Let Me See Ya Girl” and “You Should Be Here”—have reached No. 1 on the Billboard and/or Mediabase charts. And Cole ain’t ready for that streak to end just yet.

His sixth single, “Middle of a Memory,” is currently No. 3 on Billboard’s Country Airplay chart. On top of that, Cole has co-written each of the aforementioned six tunes, which is part of the reason he recently won the Songwriter/Artist of the Year award from the Nashville Songwriter Association International on Oct. 9.

Striking while the iron is hot? Less than six months since releasing his sophomore album, You Should Be Here, Cole is dropping a new EP, Down Home Sessions III, today (Oct. 28), which runs in tandem with his headlining Down Home Tour that launched on Oct. 26.

Cole stopped by the Nash Country Daily office to talk about hot streaks, his Georgia roots, familiar ball cap, new EP and tour and much more.

NCD: I see you’ve got your trademark Georgia Southern University ball cap on.

Cole: Yeah, man. It’s where I went to college. It’s where I started singing and I fell in love with being onstage. I’m a big Georgia Southern Eagles fan, so I’m always representing.

Do you have just one Georgia Southern hat, or do you have like 50 of ’em?

Note quite 50. For a while, when I started I really did just have one, you know? It got to be kind of too much. It was sweaty. The fact that I was wearing it around, on TV, all that stuff, so they sent me a lot. Now I’ve got one for every occasion, different colors, all that stuff.

Have you retired the original one?

It’s actually in the little exhibit at the Country Music Hall of Fame from when I won the ACM New Artist of the Year. That was the one that was in the “Chillin’ It” video. I retired that one and we’ve moved on to newer lids.

You grew up in Glennville, Georiga, right?

Up until about fifth grade, then I moved over to southwest Georgia. Bronwood, Georgia, is where I call home, but I was born in Savannah. That side of the state, man. I’ve always been a Georgia boy.

Georgia is such a diverse geographic place. It’s got the mountains to the north, you’ve got the coast to east, the big city of Atlanta and you’ve got farmland. Why is so much country music coming out of Georgia right now with guys like Luke Bryan, Jason Aldean, Zac Brown, Kip Moore, Sam Hunt, Billy Currington?

I wish I knew. I remember right when I was hoping things were about to take off for me, I was just praying there was room for one more Georgia boy because I feel like there’s a lot of folks [in Nashville] from Georgia. I think all the things you just brought up. I’ve never thought of it like that, but it is. There’s so many different things in Georgia. Even when you’re talking about music, everybody likes a little bit of everything. One of the things I would say, honestly, is just having people from your home state make it and influence you. I grew up an Allan Jackson fan. When I was in college, Luke Bryan was just making it big in Nashville and Jason Aldean was from Georgia. Just seeing people from your home state that grew up not far from where you grew up, I think that helps you a lot. I think it gives you some confidence. If me being up here helps influence anybody that wants to chase a dream then that’s awesome. I’m glad to be from Georgia and just glad they had room for me in here.

You released your second studio album, You Should Be Here, in May. It’s been doing very, very well. The title track has already gone No. 1, which is your fifth consecutive No. 1. Your second single, “Middle of a Memory,” is Top 5 right now. If it doesn’t go No. 1, you’re not going to know what to do with yourself, are you?

Hey, the streak has got to end at some point but, man, I’m just so thankful. I think having your first five songs go to number one is something that you only dream of. That doesn’t happen in everyday life. I’m just glad to be here and have “Middle of a Memory” my sixth Top 5. We’ll see what happens. It’s cool getting to see the reaction every night. It’s growing every night. We’ll see where it ends up. I’m happy with everything right now.

But you’re not ready to see the streak end yet, right?

No, I’m not saying that, now. Nobody wants to do that. I’m just realistic. Having five in a row isn’t realistic, so I’m already ahead of the game.

You just mentioned you’re out there playing songs from You Should Be Here live every night. Is the album living up to the expectations you had for it?

I think so. Debut single did pretty well. “Middle of a Memory” is doing well. I think having the first two singles do what they’re doing, I think it’s living up to what we wanted it to do. I tried to put nothing but singles on the album—songs that I would be proud to release to country radio if I had the chance. The hard part is you’re not going to get to release that many of them. Right now, we just want to keep saying something different, if I can.

For the third year in a row you’re releasing your Down Home Sessions EP. It’s been less than six months since the studio album was released. How are these Down Home Session EP’s different for you?

That’s a great question. That’s something that was unique about this one, because on the first two the timing was a lot different. It was something that I had to talk to my team about. But to not put a Down Home Sessions out, to not do the Down Home Tour, it was something that…I don’t know. That’s why we started it. I wanted to build it. It took somebody telling me, you know, this is for the fans, because I know it is, but when you have music already out there and you’re putting more music out it’s kind of tough. I know that when I was college if Eric Church or Dierks Bentley would’ve put out an EP of anything I would’ve been the first on to get it. It really just opened my eyes. I’m like, “Hey, I don’t care what I just put out. I’m putting out the Down Home Sessions because this is for the fans.” Those are the people that buy it and support what we love to do. I’m always going to give them as much music as I can.

The new EP also coincides with your Down Home Tour which runs through December. A bunch of cool venues. I don’t know if you’ve played all those places but I was just looking at some of them: Cain’s Ballroom in Tulsa; The Lyric in Oxford, Mississippi; Billy Bob’s in Texas.

The Lyric, I sold merchandise for Luke Bryan in that club years ago and now I’m play it. It’s unbelievable. That weekend my Georgia Southern Eagles are playing Ole Miss. I don’t know how Saturday’s going to work out for us, but Friday night we’re going to have a good time. Billy Bob’s, Joe’s in Chicago, Cain’s—these club’s, at this point, I’m kind of handpicking. It’s just a cool thing for the fans to get to come see me in some of my favorite clubs.

I caught your show in Nashville on Florida Georgia Line’s Dig Your Roots Tour. Sold-out crowd at Bridgestone Arena with Kane Brown and The Cadillac Three. That place was just pandemonium. Was the whole tour like that? Is it just that insane every night?

The show is, yeah. The energy of that show is crazy. I’ve been on some big tours and it really is amazing. I think being in Nashville, having the hometown show, everybody bringing it. That’s the show you wait on all year. That’s the industry you move to work in. It’s just cool having a lot of people you don’t normally get to see unless you’re in town doing something else. It’s been a great year and it really is an energy-packed show, but a great environment and one of the best I’ve been in on tour.

What can we expect from your new tour? You’re playing some smaller venues, like you just mentioned, but is it going to be a little more stripped down, right?

Yeah, man. Being in a club the energy’s going to be . . . I mean, the fans are right there up against you. Our headline has been the same for about a year. We’ve been in rehearsal’s all week getting that changed up. We got a new set we get to play. The Down Home Session songs, you really don’t hear those unless you come to a Down Home show so that makes it unique in itself. A lot of these fans are hardcore fans so they’ve seen us all year. We’ve got to give them something new. It just gives us another opportunity. The Down Home show, we want it to be a very special experience and that’s our job as a band and crew, to set all that up and give them something new.

One more for you. You moved to Nashville to be a songwriter. Earlier this month you won Songwriter/Artist of the Year at Nashville’s Songwriter’s Association International. That’s a nice feather in your cap.

I said it before and I’ll say it again: it’s the biggest honor I’ve ever received since I’ve been to Nashville. I’ve been fortunate enough to experience some great things but when you move to town knowing that your songs are not near good enough to make it and you just want to move to town to be a better songwriter, to be recognized by the industry, something like that, man. There’s so many artists that are writers that could’ve been sitting there and for them to recognize me, it’s just motivating, man. It’s humbling. I want to keep writing songs and helping others the way they’ve helped me. 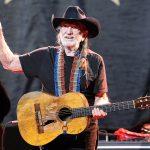 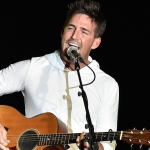 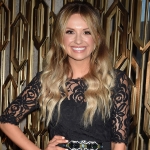 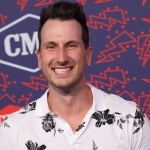 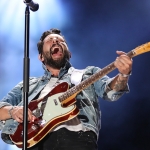