It was a beautiful night for the first CMA Fest Nissan Stadium concert of 2016. As the sun went down on downtown Nashville, the country music got turned up.

Charlie Daniels was the first to hit the stage— doing only what Charlie Daniels can do. In the middle of his set he stopped the show to bring the legendary Randy Travis out onto the stage. Randy was not able to perform, but seeing him back in front of a crowd was inspirational. Charlie went on to finish his set with a fiery rendition of “The Devil Went Down To Georgia.”

(in the order in which they appeared)

Veteran CMA Music Fest performer Dierks Bentley played a few of his recent hits and current songs from his just-released album, Black. The set list included “Somewhere On a Beach,” “Freedom,” “Drunk On a Plane” and—with the help of musician Elle King—“Different For Girls.”

Miranda Lambert came out on the stage with her usual energetic flare, delivering “Fastest Girl In Town” with a loud and rockin’ sound. After playing “Baggage Claim” and “Mama’s Broken Heart” Miranda announced, “I’m gonna do one of my favorite cover songs of all time.” She then broke into “Willin’”, a song by Little Feat but made popular by Linda Ronstadt on her 1974 album, Heart Like a Wheel. Miranda followed that up by pairing Asleep At The Wheel’s, “Your Red Wagon,” with her hit “Little Red Wagon.”

Rascal Flatts started their set with fan favorites “Summer Nights” and “I Like the Sound of That.” Gary LeVox surprised the crowd saying, “Y’all ready for a very, very, very special treat? Miss Maren Morris!” Maren then burst onto the stage to perform her current Top 10 hit, “My Church,” with the Flatts boys. Following Maren’s performance, Gary, Jay and Joe Don kept the crowd going by performing a few of their familiar tunes— “Banjo,” “I Won’t Let Go” and “Life Is a Highway.”

In a surprise appearance, Cam and Lady Antebellum took the stage together to perform Cam’s smash hit “Burning House” followed by a stirring rendition of Lady A’s biggest hit, “Need You Now.”

Finally, at about midnight, Jason Aldean made it to the stage and said, “I know it’s a little late but sometimes the party doesn’t get started until midnight.” Jason cranked up the power and intensity of the whole night to a new climactic level as he tore through a selection of chart-toppers including “Tattoos On This Town,” “Take a Little Ride With You,” “Burning It Down,” and “She’s Country.”

Photos from the Thursday night show! 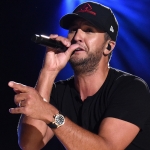 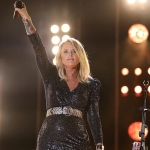 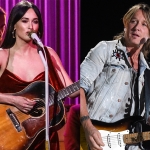 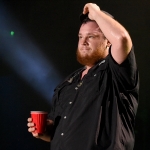 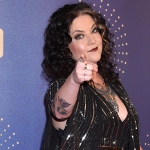