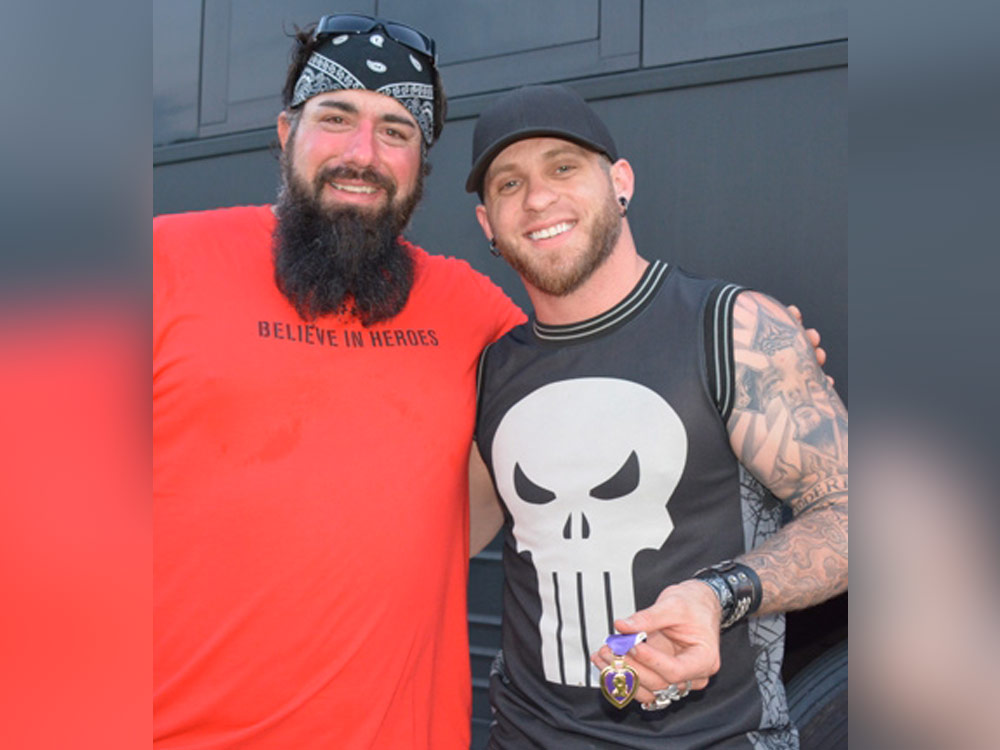 Inside every bad boy beats a heart of gold or, in Brantley Gilbert’s case, a heart of purple.

During Brantley’s Memorial Day weekend motorcycle ride benefiting the Wounded Warrior Project, Staff Sgt. Justin Patterson presented the country singer with the Purple Heart medal he received during his service, to express his gratitude for Brantley’s attention to veterans.

As Staff Sergeant Patterson spoke to the “One Hell of an Amen” singer, he joked, “If you need a date to the country music awards, I’m your girl.”

However, Brantley, whose new release Just as I Am (Platinum Edition) recently landed at No. 1, took Justin’s proposal seriously, and yesterday (June 7) during an appearance on Fox & Friends, he presented his personal tickets for the upcoming CMT Music Awards to the veteran. Brantley is up for Collaborative Video of the Year at the event for his “Small Town Throwdown” video featuring Justin Moore and Thomas Rhett, and Staff Sergeant Patterson will represent him at the ceremony.

The CMT Music Awards will be broadcast live from Nashville’s Bridgestone Arena on Wednesday, June 10, at 7 p.m. CT.