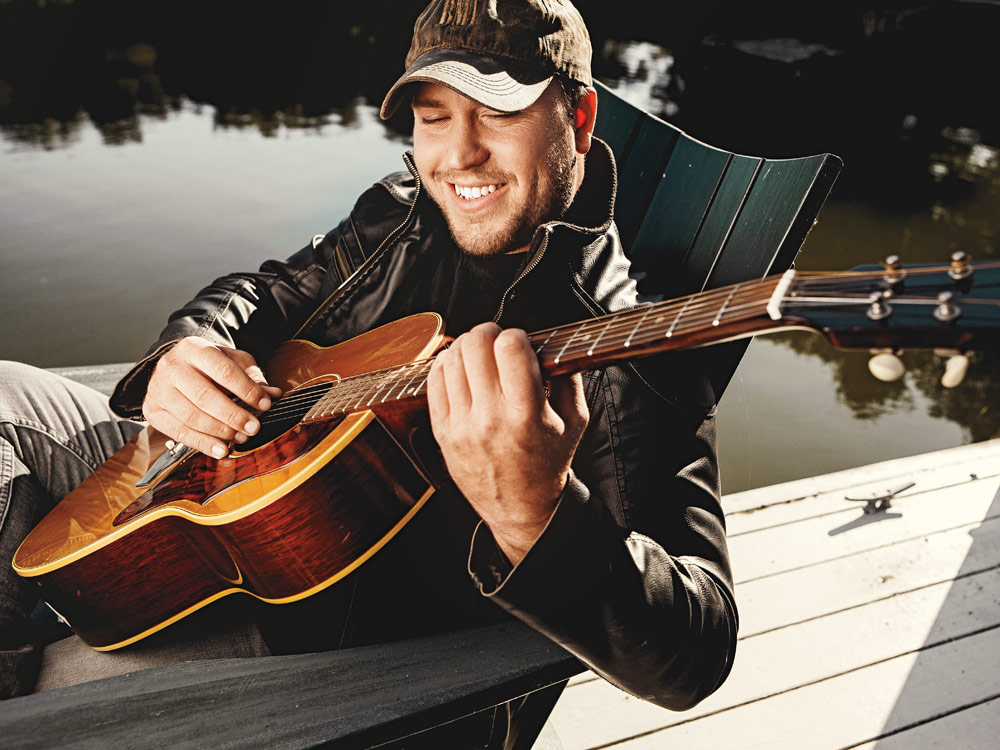 Originally published in the May 4, 2015 issue of Country Weekly magazine.

Why You Should Know HIM: His debut single, “Black Crow,” is drawing attention for its swampy, soulful groove and thoughtful songwriting, which draws from influences like Brooks & Dunn, Vince Gill, John Mayer and Justin Timberlake.

“I definitely listen for social cues and try to take things from everything as much as I can. I have a hook book and I write down ideas all day just based off of my experiences. I think that helps a lot in songwriting, especially when you do it as a job where you have to write every day and you have to come up with things to write about. You have to be open to what’s going on around you.”

“Growing up I sang a lot in church and I listened to a lot of old stuff, like Aretha Franklin and just the old rock ’n’ roll where they push so much they’re almost screaming, and I just thought there was something really cool about that. More than just the voice, I believed them when they were singing because I could tell the passion. And then I got into John Mayer. I think he’s amazing. I learned how to play guitar mainly from listening to his records over and over and just trying to play what I was hearing. I guess singing those songs and hearing them over and over, I kind of developed a little breathiness to my voice. And then from there, I took what I had from the beginning and it evolved into what I have now. I just want you to believe what I’m singing. I want it to sound authentic.”

“I love to hear other people’s ideas because maybe it’s something I never thought of or something that never crossed my mind. Again, it’s a different perspective, or maybe I’ll come up with a hook and they’re like, ‘What if we did this on it,’ and it’s something I never would think of. That’s the magic of co-writing, you get other people’s perspective. Like writing with a female, I wouldn’t think the same way a female would and it’s cool to get that other side. I love my job. It’s been amazing.”

ALL IN THE FAMILY

“My uncle sang in the New York City Opera for a long time. He’s in California now in their opera, but he’s the one who really got me into music. He used to baby-sit us and he wouldn’t let us go outside until we learned a song. We’d be learning songs as quick as we could so we could get outside and play. Then my cousin came in from Alabama and he picked up a guitar and I saw his fingers move and thought, ‘That is the coolest thing in the world. I want to do that.’ And that’s when I picked up a guitar and started trying to learn what I saw my cousin doing. But no one ever pushed me to do music. My grandmother was president at Sony Publishing for 30 years and I fell in love with the songwriting part of it and I knew that I wanted to do something in the industry, whatever I could do, but then I started writing songs and I was like, I have to do this, I can’t do anything else.”