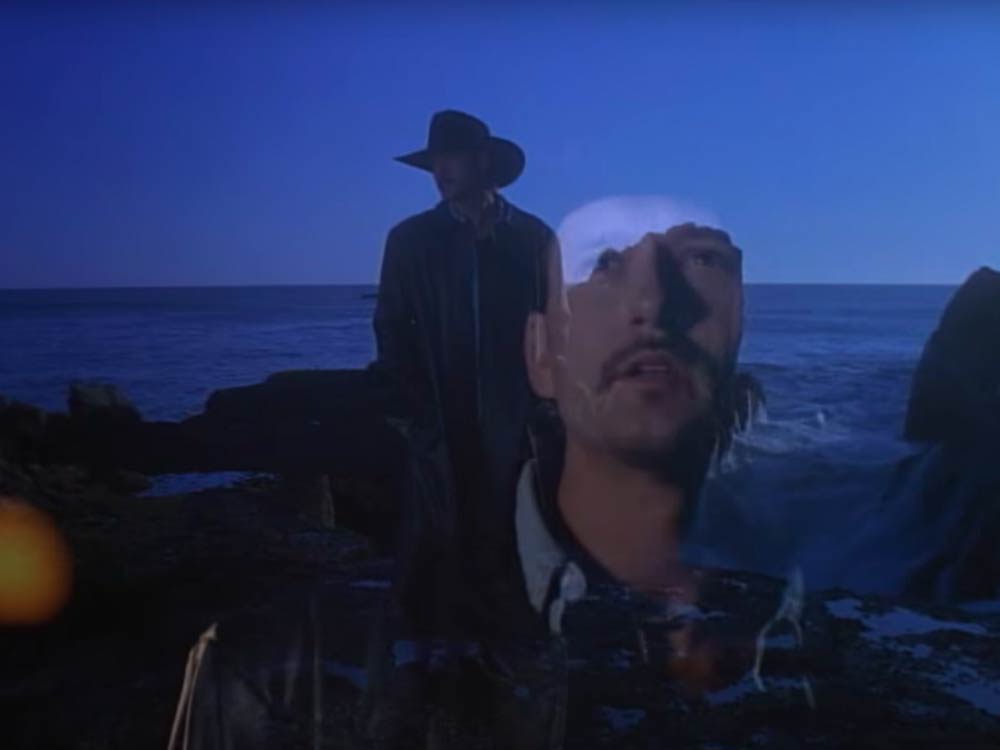 Originally published in the November 1, 1994 issue of Country Weekly magazine.

Tim McGraw’s triple-platinum album has already spawned three hits, and the superstar said the best is about to arrive with the moody title cut, “Not a Moment Too Soon.”

“It’s my favorite song off the album,” McGraw told COUNTRY WEEKLY, which went along to the shores of Northern California for the video shoot. “From the first time I heard the demo, I loved that song and I knew that that’s what I wanted the title of the album to be.”

The video for “Not a Moment Too Soon” has a different look to it, said producer/director Sherman Halsey, who staged McGraw through the videos of his past three smash hits.

“The song has a kind of hypnotic effect, and we tried to emphasize an ethereal, mystical mood, rather than a storyline, in the video,” Halsey explained. “A lot of the shots are very dramatic, very moody. The attitude is very mysterious in it.”

Viewers will be able to see for themselves some time this month, when the video is released.

It begins with Tim singing all alone. A woman appears to him from out of the fog, but they don’t interact; the woman is a symbol of the love Tim is singing about.

“He’s alone the whole video,” Halsey said. “She’s just kind of an image out there, kind of a symbol. It’s not necessarily that he’s gotten together with her, because he hasn’t. And they don’t ever get together. It’s more that she’s a visual symbol.”

The rugged cliffs at Crescent City, Calif., in redwood country near the Oregon border, made a perfect backdrop for Tim’s slightly melancholy new song.

“There were these 40-foot cliffs, and there were whales swimming nearby,” the star from Start, La., said. “The spot where the lighthouse is becomes an island during high tide — it was just gorgeous.”

That Halsey would go for a distinctively different look is not surprising — Tim used dramatically different hooks to snag fans on each of the album’s three previous smash hits.

“Indian Outlaw” was a huge and quirky radio/dance hall/social phenomenon, “Don’t Take the Girl” was a gorgeous ballad that had the country in tears, and “Down on the Farm” was a yeehaw knee-slapper. The first two climbed into the Top 10, and “Down on the Farm,” Tim’s current single, has cracked the *Billboard* top five.

In the videos, “We just try to change it every time,” Halsey said. “The `Indian Outlaw’ video had a very specific look to it. And `Don’t Take the Girl’ was very different from `Indian Outlaw,’ not only in the style of the shoot, but thematically as well. `Down on the Farm’ was an attempt to go a whole different direction. It was all exterior stuff and sweating and running around, just a completely different side of Tim than you’d seen before. And now with this one, the song is a little bit different, and the video is in keeping with that.”

For “Not a Moment Too Soon,” Halsey found a quaint 19th-century lighthouse to capture the mood of the addictively hummable song.

“When I heard the song the first time, I thought, `Man, that’s a hit for sure.’ It’s my favorite song on the album,” Halsey said.

Good weather blessed the taping, he said. “They say that place is fogged in 90 percent of the year. But we went up there and it was just crystal clear, and after three days when we pulled out the fog rolled in and has been there ever since,” Halsey said.

To capture the beauty of the surroundings and the drama of the video, Tim’s crew utilized a one-of-a-kind gyroscopically mounted camera on a jet ranger helicopter. The camera pivots many ways to allow a smooth distant shot that can sweep to a close-up. With jagged cliffs or the ocean looming as potential helicopter landing pads, the unique camera might have gone down in a flash.

“The pilot told me it was some of the most dangerous flying he’d ever done,” Halsey said. “The wind was pitching all over the place.”

But all went well and the result is a touching and memorable video.

“I’m happy with the video,” Tim said. “The location was so great.”

If Tim has his way, fans might have a chance to remember even more songs from the same album.

“I’d like to release another song or two,” Tim ambitiously stated, “but those decisions aren’t up to me. Then we plan on going back to the studio in December.”

Of his new-found success, Tim says he remains unchanged because he’s just been too busy to stop and think about it. But he is fulfilling one lifetime goal: “I’m buying a house. I always said that’s the first thing I’d do if I ever got the chance to do it,” Tim said of his new Nashville home.

Halsey agreed Tim’s success has not spoiled him. “When we go out on these video shoots,” he said, “Tim will be helping set up the equipment. We’ll tell him that he just doesn’t have to do that, but he’ll say, `Well, I’m just sitting around, I might as well help.’ He’s just such a nice guy.”

“I have a good time doing it,” Tim said. “I want to learn about it. I’m in this business, so I figure I better learn about everything.”

The director then spoke directly to the star. “Tim, when are you going to learn the part about having a star’s ego? You’re still a regular guy, and we can’t have that! You’ve got three big singles and a huge album, you’re supposed to be a pain in the neck!”