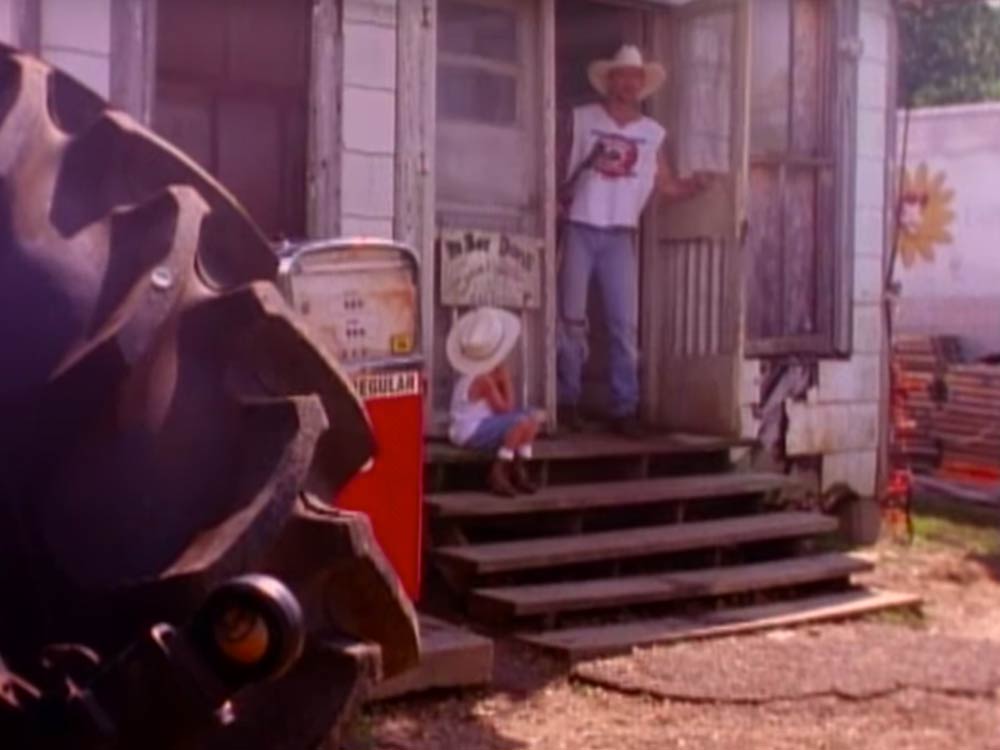 Originally published in the August 9, 1994 issue of Country Weekly magazine.

When Tim McGraw was selecting the site to film the video for “Down on the Farm,” the follow-up to his tear-jerking hit, “Don’t Take the Girl,” he chose the most logical place in the world — Tallulah, La., where he was raised.

The video captures many bayou characters, from former Ladies National Waterskiing Champion Jill Norman, an old friend of Tim’s, to the old-timers in the local five-and-dime, Po’ Boy Don’s, who pick and sing along with the country heartthrob.

“These are real places that I hung out at while growing up,” Tim told COUNTRY WEEKLY, describing the locations where the video was shot.

“For instance, we filmed at a roadhouse called the Siesta. I’d been going there since I was 16 years old,” he said.

In spite of having two Top 10 songs off a No. 1 album and being featured on tour with Wynonna, Tim is as “down on the farm” as a person can get, and he wanted to include as many friends as possible.

A very special friend in the video is Tim’s girlfriend’s little boy Tyler. You’ll spot Tyler, a cute blond-headed cowpoke in a white straw hat, in the scenes outside of Po’ Boy Don’s and the concert at the end of the video.

“I met Christine, my girlfriend, when I was out on the road playing. We’ve been together a little over a year and she never saw me on stage until about eight months ago,” Tim said. Christine, who is originally from Boston, didn’t have any idea who Tim McGraw was. “She still doesn’t know who I am,” Tim joked. “I’m just some guy who shows up at the house every six months.”

So those moments when he is with Christine and her son, Tyler, are precious. On Tyler’s last birthday, Tim presented him with a sweet, chocolate-colored Labrador retriever, named Whitley, after the late singer Keith.

“The dog is Tyler’s, but I named him,” Tim explained.

“Tyler was great through the whole shoot,” said Tim’s manager Tony Harley. “He was a real trouper, in spite of the heat and the length of the shoot.”

A central scene in the video involves students from Northeast Louisiana University, where Tim went to college, off and on, for nearly three and a half years.

“I had a blast in college,” Tim said. “I could have stayed there for another 10 years, I was having so much fun. More and more I got into music during my first year in college.”

The video features many of Tim’s fraternity brothers, as well as his fraternity’s 1928 Seagrave fire engine.

“We had active brothers in the shoot and many alums from as far away as Texas, Oklahoma, and Mississippi, drove in for the video,” said Tommy Wallpole, a member of Pi Kappa Alpha fraternity at Northeast Louisiana.

The homecoming must have felt very satisfying for Tim, who in spite of several years in school, wasn’t exactly Joe College.

“I really wish I could finish, but it doesn’t look like that will ever happen,” he said. Considering that he’s the hottest thing in country music, Tim probably shouldn’t give it too much worry.

The video has several subplots that all come together when Tim uses a jackknifed car-carrier for a concert stage.

That number comes to about a kajillion times more than the population of the nearby town Tim spent his childhood in. “I grew up in Start, Louisiana,” Tim said. “It’s a very small farming town.” How small is it? “It’s got a cotton gin, a couple of convenience stores and a church and a school. Kindergarten through eighth grade was 800 people. They have a caution light.

“Last year me and the band took the bus down there. It was six o’clock in the morning and we just decided to go through my home town. We couldn’t turn the bus around. We had to drive around the only block in town, just to get the bus pointed out.”

“It felt great to have 10,000 people show up, not to mention several gators nearby in the swamps. It was really cool,” he said.

Actually, it was very hot. The temperature in Tallulah was near 100 degrees, and when combined with the oppressive humidity the all-day shoot resulted in several people passing out from heat exhaustion.

“Many people arrived early, and by five or six in the evening just got overcome by the heat,” the singer said.“We had at least 25 people that needed medical attention.” Which gave a whole new meaning to going “down on the farm.”

Fortunately, paramedics onsite attended quickly to the fainting fans. “There were no serious injuries,” a relieved McGraw explained. “In fact, many of the people went and got revived and came back for the concert.”