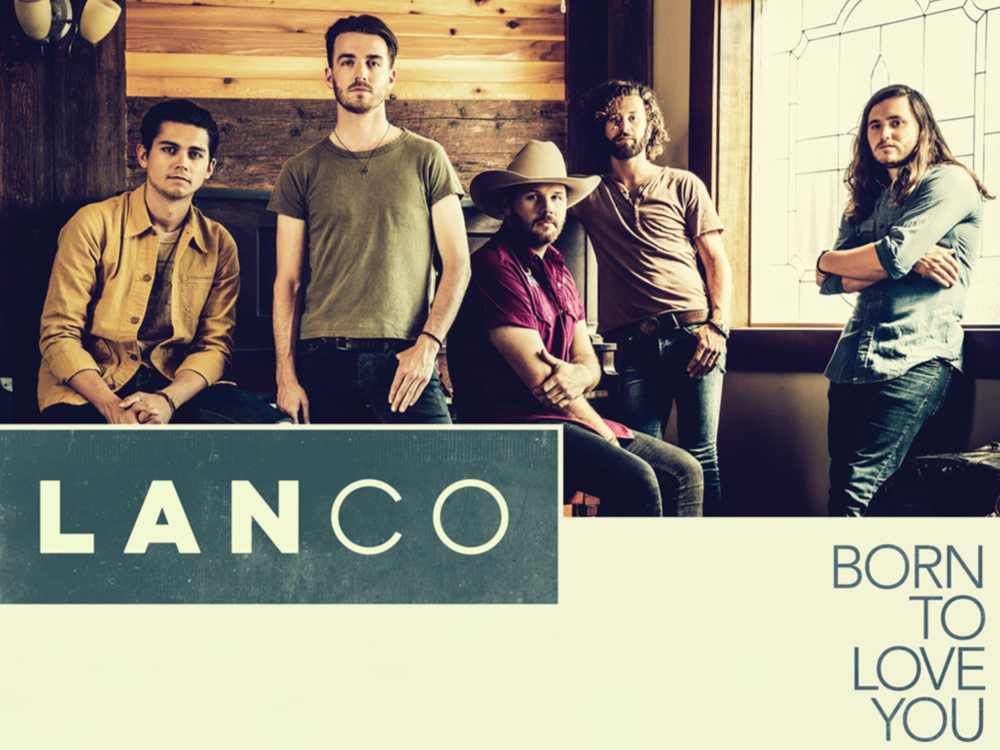 Co-penned by Ross Copperman, Ashley Gorley, Josh Osborne and LANCO lead singer Brandon Lancaster, the track is the next taste of new music from the Southern five-piece band’s debut album, Hallelujah Nights, which will be released on Jan. 19.

“‘Born To Love You’ tells another piece of Lanco’s story—who we all are, the small towns we came from and the search for what the world has to offer,” said  Brandon. “This song brings together those early experiences with finding that person who makes it all matter . . . the person that you were born to love. We spent a couple of weeks writing this one, and in the studio, we got to explore a lot of different sounds on it.”

Listen to “Born to Love You” below.

photo courtesy of The GreenRoom