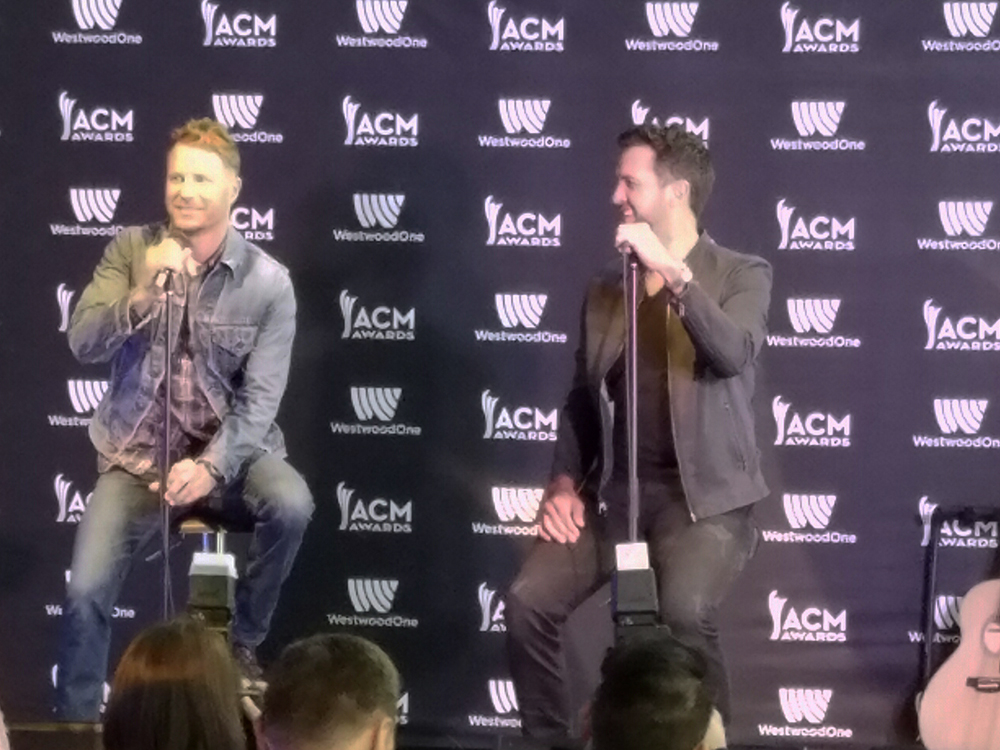 Luke Bryan and Dierks Bentley were up early Friday morning (March 31) joining the media at Las Vegas’ T-Mobile Arena to answer questions about their hosting duties for the upcoming ACM awards show.

The returning hosts displayed their chemistry while fielding questions about the big opening, special collaborations and what their looking forward to most as the hosts of the show.

“It’s great to be back,” Dierks said at the press conference. “We’ve been having a good time. We’ve been running around town working on the opening of the show and just been looking forward to you all seeing some of the stuff we come up with.”

“Year No. 2, they had us back and we got a lot of amazing stuff in store,” Luke added. “We’ve got artists that you’ve seen on the stage before. We’ve got new artists all over the bill. This is going to be a great show.  We’re looking forward to the intro. The first six or seven minutes of it, there are going to be a lot of neat special things happening. It’s going to be good.”

When asked about a special event taking place during the show, Luke was vague but stressed the magnitude of a collaboration between he and Dierks and an unnamed rock icon.

“Dierks and I are teaming up with a rock icon to honor another rock icon and that’s all I’m going to say about that,” said Luke.  “Did I tease it enough? Anytime you can say icon and icon in the same sentence it’s going to be big.”

You can catch the big collaboration and all the fun when the 52nd Annual ACM awards airs on Sunday, April 2, live from the T-Mobile Arena in Las Vegas on CBS.