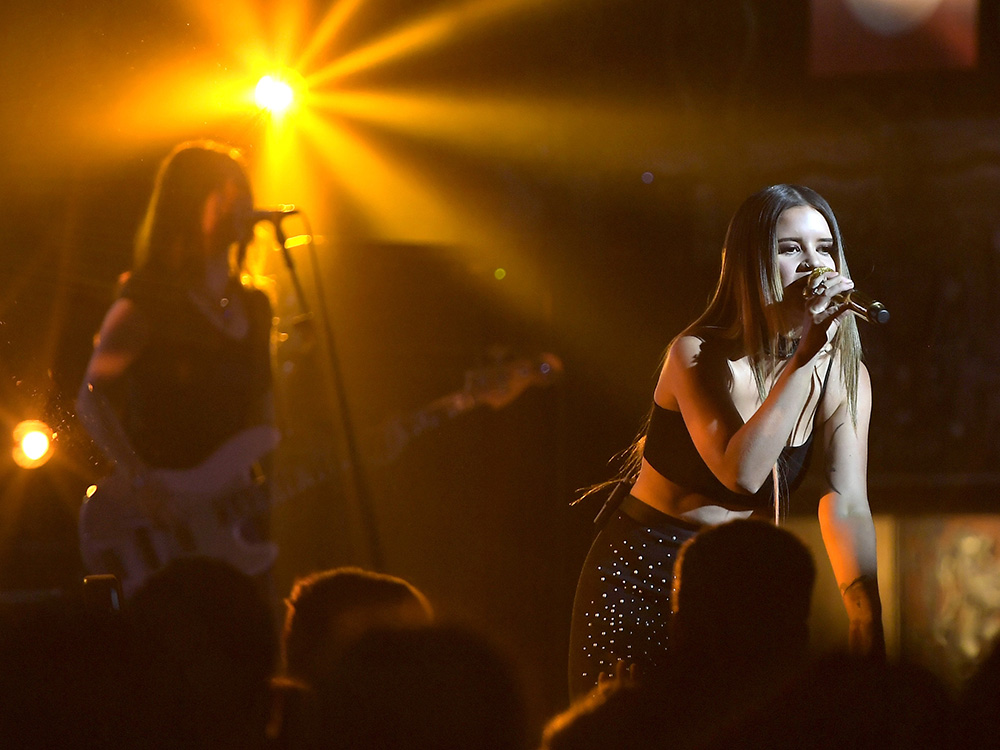 It’s turning out to be a big weekend for country newcomer Maren Morris. The “My Church” singer is nominated in four categories at the 2017 Grammy Awards, including Best New Artist, Best Country Album (Hero), Best Country Song (“My Church”) and Best Country Solo Performance (“My Church”), so it’s no wonder that she made her way out to Los Angeles early to soak up the experience.

The first-time Grammy nominee visited the set of The Talk on Thursday (Feb. 9) to perform her biggest hit, “My Church.” Prior to her performance, the Texas native took a few moments to talk with hosts Sharon Osbourne and Julie Chen about her excitement in seeing Beyonce and Adele at the Grammy Awards and where she was when she got news of her nominations.

“I was asleep,” Maren said. “They’re announced really early. But my mom called me and she was like ‘You’re nominated for four.’ I didn’t need coffee that day.”

That wasn’t all for Maren. Later in the evening, the “’80s Mercedes” singer headed out on the town to perform—along with The Chainsmokers, who shared the stage with Daya and Wiz Khalifa—at The Belasco Theater for a Spotify-hosted party to celebrate the Grammy nominees in the Best New Artist category.

Not a bad start to a weekend that could find the newcomer walking away with four Grammy Awards. Tune in to the 2017 Grammy Awards to see if Maren can sweep all four categories on Sunday, February 12, at 8 p.m. ET on CBS.