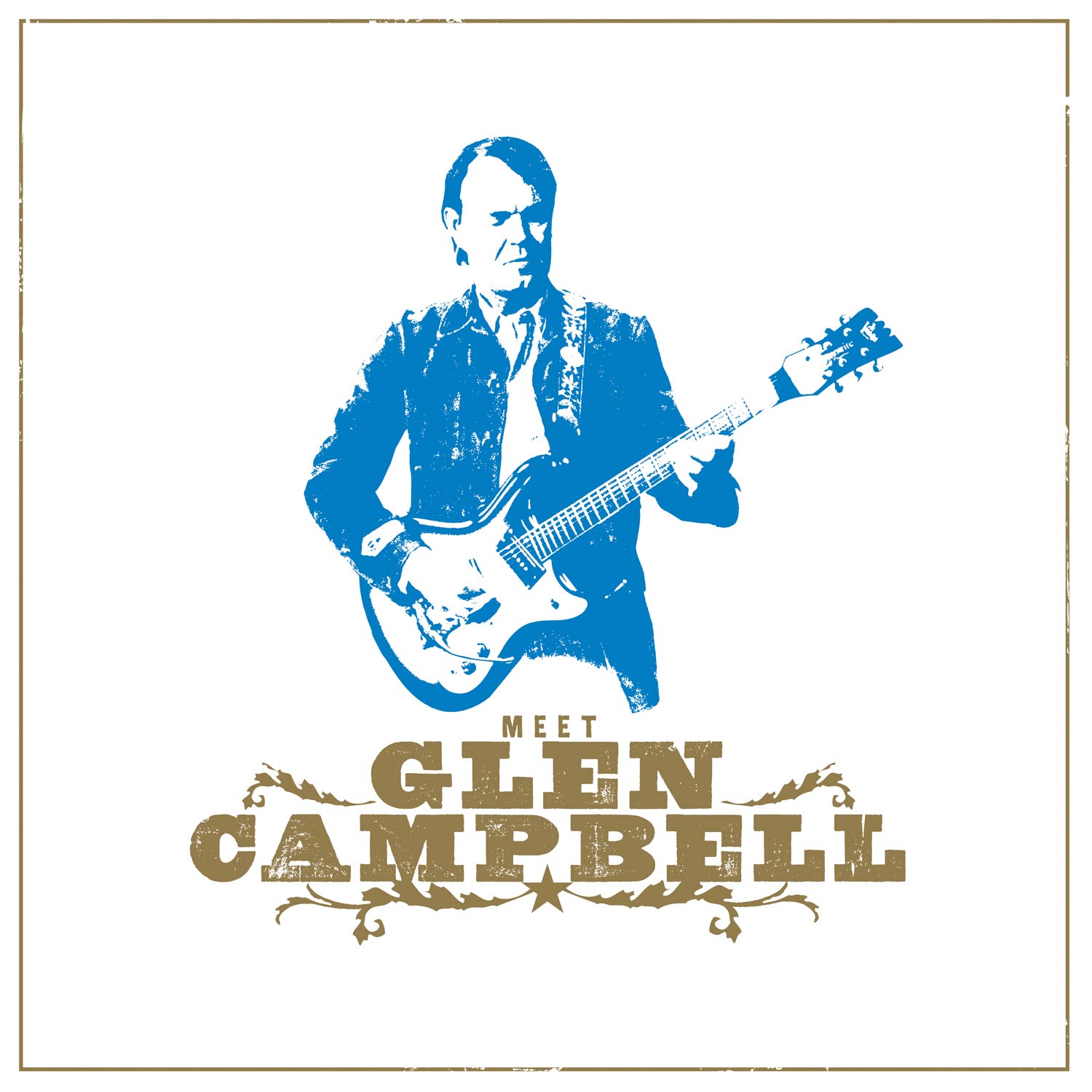 Originally published in the September 22, 2008 issue of Country Weekly magazine.

Glen Campbell has been cranking out classic hits for more than 40 years and has easily achieved Mt. Rushmore-style status on the landscape of country music. Yet, he’s given his latest album a title usually reserved for newcomers: Meet Glen Campbell.

“I think this will introduce me to a new generation of listeners,” Glen explains. And that’s because the 72-year-old singer and master guitarist is putting his personal spin on 10 songs that no one would immediately associate with the guy who gave us “Rhinestone Cowboy.”

The selection runs an unpredictable gamut from “Times Like These” by the Foo Fighters to “Walls” by Tom Petty and the Heartbreakers and John Lennon’s touching “Grow Old With Me.” Glen recalls, “I told my producer, Julian Raymond, to pick the songs and he gave me about 70. They were all fabulous. What I love to do is find a good song and make it my own, if I can. With these, I just did them the way I wanted to hear them.”

Glen definitely has an ear for good songs and, more important, good songwriters. He was one of the first artists to record tunes by the late John Hartford, the writer behind “Gentle on My Mind,” and Jimmy Webb, who composed “Wichita Lineman,” “Galveston” and other Glen classics. “What a blessing to run across both of them,” Glen says softly.

As evidenced by the new record, Glen feels that great tunes are still being written. “I listen to the radio, and I like a lot of what I hear. I like my little Australian buddy, Keith Urban,” Glen says with a smile. “He has done some really great stuff, hasn’t he? He’s a talented musician, just good at everything. And on top of that, he married Nicole Kidman!”

Besides recording, Glen also finds time to tour, often joined by wife Kim, whom he married in 1982. She accompanied Glen on his recent trips to Australia and New Zealand, where he performed with symphony orchestras. “I still enjoy playing the shows,” he says. “I just don’t like the getting there, that’s the only thing.”

No such complaints about the new CD, though. “I’m really pleased with it, and I think fans will love it, too,” he says. “And I still think it’s a great title. Heck, I’d like to meet everybody.”