Tim McGraw, country phenom, wears a cowboy hat, stands in a spotlight and brings fans to a roar by striking all the right notes.

His dad, Tug McGraw, wore a baseball cap, stood on a pitcher’s mound and brought fans to a roar by striking out opponents.

For Father’s Day, Country Weekly brought together the McGraws, the father-and-son duo who started out the game of life with some catching up to do.

Born following his mother’s summer romance, Tim didn’t know until he was 11 that Tug was his father. They didn’t really form a relationship until Tim was 18. Yet it’s already certain they share one family trait — fame.

Tug made a career with the New York Mets and Philadelphia Phillies, preventing smash hits. Now he likes listening to them.

“I listen to country music now, the way my dad started watching box scores when I started being a pitcher,” Tug said. Country Weekly brought the McGraws together in New York City. Tim was in town to appear on the Late Show with David Letterman; Tug to celebrate the 25th anniversary of his World Series win as a New York Met.

Like father, like son? Yes and no. Though a glance at photos of each man separately wouldn’t cause you to link the two, when Tim and Tug McGraw stand side by side, the resemblance is striking. They both have the same U‑shaped face and similar features. Tug has a boyish face; Tim’s is more angular.

Both can talk a good while, but where Tug seems like an unwillingly contained ball of energy, Tim has that easy Southern manner.

“I get a lot of play because I have some fame,” Tug said, “but you can’t say enough about the bond he has with his mother. I wasn’t there in his formative years. Timmy is a nice, courteous, respectful young man and his mother Betty has to get the credit for that.”

The two star McGraws were two strangers in Tim’s youth.

Tim recites the tale nonchalantly: “My mom and dad dated her senior year in high school. He was a minor-league baseball player. She got pregnant, moved to Louisiana and it was one of those things.

“It wasn’t like they were longtime high school sweethearts, it was just that summer. I think my mom felt it was something she got herself into and that she would deal with it. I grew up happy.”

Tim’s mom Betty married in Lousiana and Tim grew up in the small town of Start thinking his stepdad was his father. When the couple divorced, Tim was told the truth.

Tug was a well‑known major league relief pitcher by then. He was married with two children when Betty called to arrange a meeting between her son and the father he only knew from baseball cards.

And so an 11‑year‑old Tim met his real dad for the first time. But Tim and Tug really established a relationship when Tim was 18. “I felt like I was a man now and I needed to face him and try to work things out,” Tim told Country Weekly. “Plus, it just was the right time to pursue it, to ask some questions.”

Says Tug, “When this whole thing with Timmy came about and he met my kids, my former wife Phyllis and Betty really set the stage for Timmy and my relationship to evolve in a positive way. If they hadn’t taken a positive approach toward our meeting, it would have made it tough for all of us.”

It became clear college wasn’t going to work at all.

“So I just fooled around trying to figure out what I was going to do,” Tim said.

He knew one change he wanted to make: “I took the name McGraw in college. There were a lot of legal reasons for doing it but the main reason was because it’s my name, my heritage,” Tim explained.

“I started to get more and more into music in my first year of college. That’s when I first started playing guitar. I grew up singing and listening to records in my room, singing into a brush like everybody does when they’re a kid. I never took it seriously because, growing up in a small town, where are you going to go with it? When I got to college and realized that I was going to need something that didn’t require an education, I got serious about music.”

Tug tried to convince Tim to stay in college, but couldn’t top Tim’s “Like father, like son” argument: Tug left college after two years to play baseball, his son reminded him.

Betty wholeheartedly supported Tim’s decision to pursue a career in music. “She was surprised I didn’t do it earlier,” Tim said.

Tim moved to Nashville in 1989 and began pitching his tunes in country’s minor leagues.

“I didn’t really have a hard go of it. I got a record deal a year and a half after I moved there. I didn’t have it easy either ‑‑ I mean, I went on the road and played in club bands, not making any money, four to five guys in a hotel room. But I was having a good time, doing something I was willing to do, working toward a goal.”

Tim’s first album came out. “It went wood,” he said, joking about its shortfall on heavy metal status. “We couldn’t give them away in a box. We tried to give $10 away with each purchase, but it didn’t work.”

In his second at bat, “Indian Outlaw” hit it big. The follow‑up single, “Don’t Take the Girl,” proved he could go the distance, and the album, Not a Moment Too Soon, debuted at No. 1 in May.

Although new to the country game, Tug sees comparisons to his own.

“Timmy has a passion for what he’s doing, he has a passion for life,” Tug said. “When it came to my baseball career, I was really into the intricacies of baseball, trying to take it to an art form and I see Timmy doing that with his music. He’s very particular in his choice of music. I have tremendous admiration for him.” 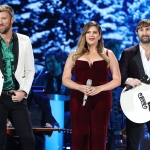 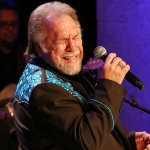 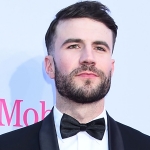